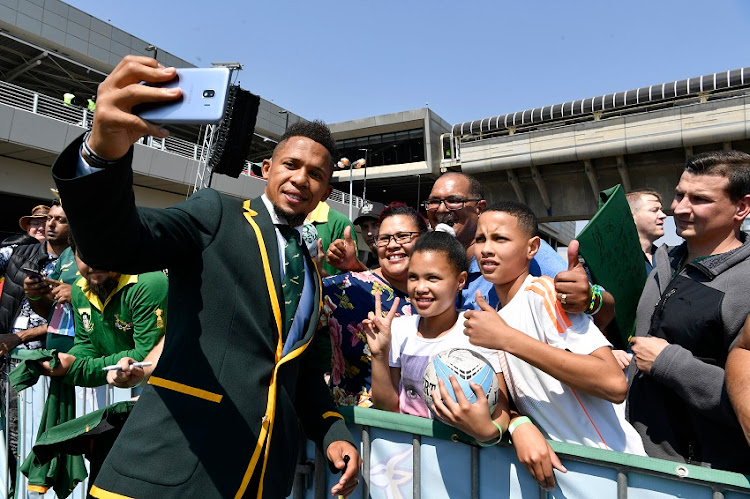 Springboks Elton Jantjies and Faf de Klerk emerged to a rapturous reception when they came through the terminal gates at OR Tambo Airport on Tuesday afternoon.

The two players were the first to walk out of the gates and faced scores of supporters packed at the airport to welcome the new World Champions.

The fans sang together with the SAPS brass band as the players started to arrive from Japan in groups.

The Boks overcame the odds to lift the Rugby World Cup by beating England in the final in Japan on Saturday.

They won the trophy for the third time.

The rest of the players are expected to arrive later on Tuesday with coach Rassie Erasmus and captain Siya Kolisi expected to land around 7pm with the trophy.

The Springboks touched down in SA on Tuesday November 5 2019 after their 32-12 win over England in the Rugby World Cup final in Yokohama, Japan. The squad arrived at Johannesburg's OR Tambo International Airport, where thousands of South Africans were waiting for them - proving once again that the country will always back our boys.