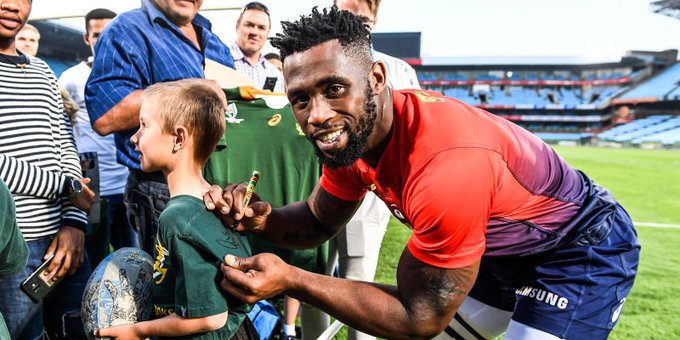 The Springboks face Wales in Yokohama on Sunday with a place in the Rugby World Cup final against England up for grabs.

They meet in this high stakes match with Wales enjoying the upper hand in recent Tests having beaten the Boks in Washington and Cardiff last year.

But previous result go out the window as Wales will have to overcome a resurgent Bok side that thumped hosts Japan in the quarterfinal last weekend.

Wales supporters will be well aware that the side were underwhelming in their win over France in the quarterfinals last weekend and will need to raise their game up a notch against coach Rassie Erasmus' charges.

In team news‚ Wales coach Warren Gatland suffered a huge blow when fullback Liam Williams was ruled out due to an ankle injury at training.

He has been replaced by Leigh Halfpenny.

In the other change following the win over the French‚ Gatland‚ who is leaving his post after 12 years‚ has gone for Jonathan Davies in the place of Owen Watkin at centre.

As far as the Boks are concerned‚ Erasmus made only one forced change from the team that beat Japan with electric winger Sbu Nkosi coming in for injured Cheslin Kolbe.

Wales will have to be on guard against Nkosi‚ who has terrorised defences with his pace and has scored four tries in his last four appearances.

The Welsh will have to improve from their showing against France to be able to unlock the Boks defence that has only conceded 39 points after six matches at the tournament.

Eddie Jones resisted the temptation to mount his high horse after his England team dumped the All Blacks from the Rugby World Cup (RWC) on Saturday.
Sport
2 years ago

England coach Eddie Jones urged his players to change history and they duly delivered a performance for the ages when they knocked the All Blacks off ...
Sport
2 years ago

In a country often at the mercy of the weather gods‚ it is perhaps fitting that South Africa and Wales should point their gaze skyward here on Sunday ...
Sport
2 years ago
Next Article