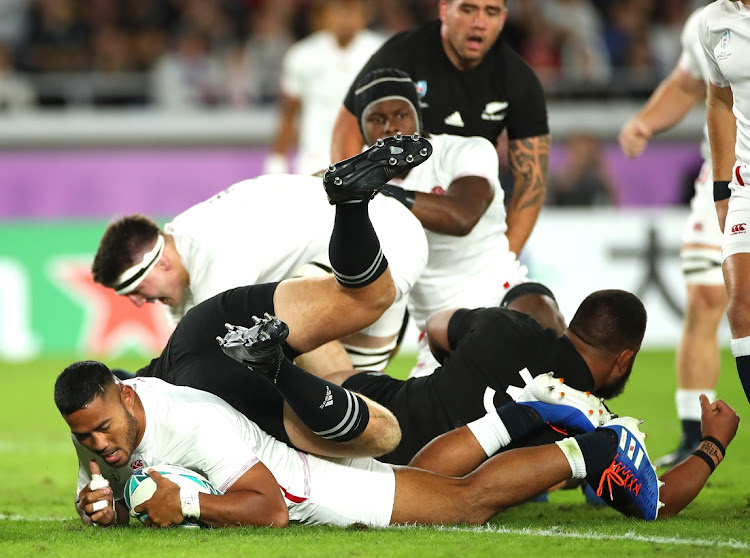 England coach Eddie Jones urged his players to change history and they duly delivered a performance for the ages when they knocked the All Blacks off their perch and out of the Rugby World Cup on Saturday.

England, who won 19-7, will meet either South Africa or Wales, who play each other in the same stadium on Sunday (kickoff 11am SA time), in next Saturday’s final.

It was New Zealand’s first defeat in the World Cup since France dumped them from the tournament at the quarterfinal stage in Cardiff in 2007.

England answered Jones’s call and proved great disruptors, even before the start. Instead of standing shoulder to shoulder to face the Haka, they spaced out in an arrowhead, with at least two of their players taking up position inside the All Blacks’ half.

If England came to disrupt, they gloriously achieved that objective and to be fair, this could have been a bigger beating. England had two tries disallowed, and missed two penalty attempts and a drop goal.

In a country often at the mercy of the weather gods‚ it is perhaps fitting that South Africa and Wales should point their gaze skyward here on Sunday ...
Sport
2 years ago

Springbok coach Rassie Erasmus won’t retreat into his office and is unlikely to solely focus on his desk job as SA Rugby’s director of rugby after ...
Sport
2 years ago

It was a rousing display from the start in which they breathtakingly moved the ball across the pitch. When they didn’t have the ball they hurried and harangued the All Blacks. Their rush defence constantly put the All Blacks under pressure. Beauden Barrett and Sam Whitelock were the recipients of thumping tackles in the second half.

England delivered some devastating body blows. The All Blacks, who were in search of a third straight World Cup title, were enervating throughout.

The former champions looked beat for most of the match and appeared as listless as Muhammad Ali was against the younger, hungrier Larry Holmes.

England were more assertive in the rucks, and more generally in the collision. Manu Tuilagi was simply massive.

It was the men in all-white who held their arms aloft at the end.