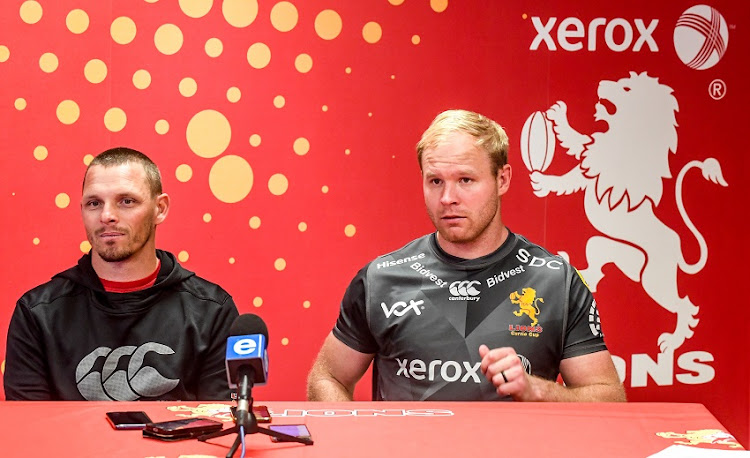 Despite the first half carnage in his side's Currie Cup final defeat to the Free State Cheetahs‚ Golden Lions coach Ivan van Rooyen found some encouraging signs to take into next season.

The Lions lost 31-28 to the Cheetahs and while the scoreline suggests an arm wrestle‚ it was far from it.

The Cheetahs were up 31-7 at the break and it was a late rally from the Lions that first brought respectability and then an outside chance of winning the game.

For them‚ however‚ it was a case of too little‚ too late.

“To see how heartbroken they are in the change room is actually exciting‚” said Van Rooyen.

“Maybe one more minute‚” he said.

But to be fair‚ his team was handsomely outplayed in the first half and it would have been a travesty had they somehow gone on to win.

“I reckon you can praise their character.

"Young guys who want to play.

"At the start we looked a lot at what the opponents were doing.

"It must have been an attractive match to watch‚” said Van Rooyen about the free-flowing spectacle in the first half.

The Cheetahs looked destined to run away with it as the first half drew to a close but the Lions copped a lucky break just after the break.

“We knew it wasn’t too far.

"The try that was disallowed for them after halftime made a big difference to them‚” said Van Rooyen about the Cheetahs' disallowed try.

For Van Rooyen the match represented what the Lions had been doing throughout the campaign.

“It is great to see young guys fighting.

"Fighting for something they believe in. Bar the semi-final the biggest winning or losing margin was three points.

"Every single game for a fight for us.

“The final will be huge for their careers.

"It is an opportunity some players get once and others don’t get at all‚” said Van Rooyen.

He was equally bullish about the format of the much maligned competition.

“I think where there are 35 000-plus people something must be working‚" he said.

"I think what the format creates is energy.

"It also creates intensity because if you don’t play it doesn’t create other chances.

"I think it worked this year.”

Captain Ross Cronjé was succinct about losing by such a close scoreline.

“It feels horrible‚” he said.