Nyakane returns to SA but should face All Blacks in Japan 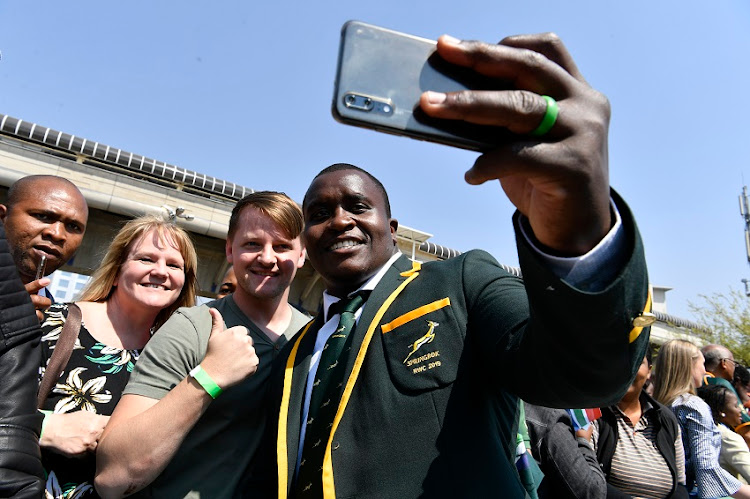 After hobbling off the field during the Test against Japan last Friday‚ Springbok tighthead prop Trevor Nyakane returned to South Africa on Saturday‚ but his World Cup participation is still very much on track.

Nyakane flew home to be with his wife for the birth of their first child and will return to Japan to link up with the team next Friday.

But flying such a long way with a ‘sprained knee’ as described in a statement from the team in Kagoshima‚ is hardly ideal for the injury.

The Bok management though‚ was confident that Nyakane would be available for selection against the All Blacks in Yokohama on September 21.

That is the opening Rugby World Cup 2019 match for both teams.

After beating Japan 41-7 in their final pre-World Cup match and coming through without any serious injuries‚ the Boks are in the best possible shape for a title challenge.

They are undefeated this season with four wins and a draw‚ a 16-16 thriller against the All Blacks in Wellington‚ won the Rugby Championship for the first time in a decade while growing squad depth and honing their gameplan.

Against Japan‚ in the sweltering and humid conditions of Kumagaya‚ the Boks slowed the pace of the game by launching numerous contestable kicks on the Japan back three. They still scored six tries.

They played well within themselves and managed the tempo and territorial battle well for the most part. It showed a maturity and an ability to tweak their tactical plans‚ which offers confidence for the weeks ahead.

“I thought a 20-point win would be good and they [the Springboks] were appreciably well over that mark.

"There’s calmness about this Bok team and there’s so much talking and communication both on attack and defence that hasn’t been there over the past few seasons. So it is all very positive.

“I hate the phrase ticking boxes‚ but South Africa did that against Japan and will go into the World Cup in a good space.”