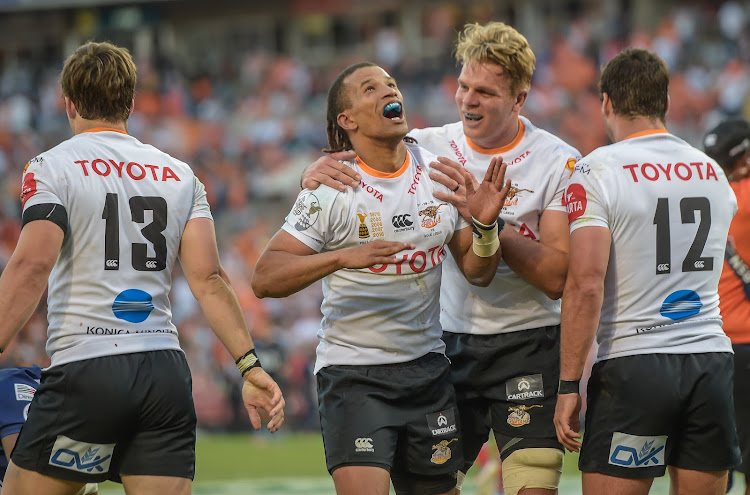 Clayton Blommetjies of the Toyota Free State Cheetahs celebrates with his team mates after scoring his try.
Image: Christiaan Kotze/BackpagePix

The most relieved man here at half-time must have been television match official Shaun Veldsman.

By then it was pretty evident that the retiring television match official (TMO) would not be faced with a decision that may alter the result of this year’s Currie Cup final.

You see, by then the Free State Cheetahs had devastated the Golden Lions with a game that had raw power, speed and intensity at its core.

They at times manhandled the Lions in an opening half that effectively settled the matter.

The Lions, however, showed great fortitude in the second half embodied by the efforts of Tyrone Green but by then their cause seemed lost.

After absorbing initial pressure the Cheetahs simply overwhelmed the Lions and put on show elements of their game honed in the cut and thrust of the Pro 14.

They comprehensively outplayed the Lions at the ruck, stunting what little the visitors threw at them, while bar a few limp scrums, they fronted up in the collisions.

Prop Ox Nché and hooker Joseph Dweba proved Trojans in the tight loose and when they were put in possession in open play, they were like tag team wrestlers wrecking balling the opposition defence.

Behind a pack in the ascendancy veteran scrumhalf Ruan Pienaar showed his value, carefully pulling all the right strings. 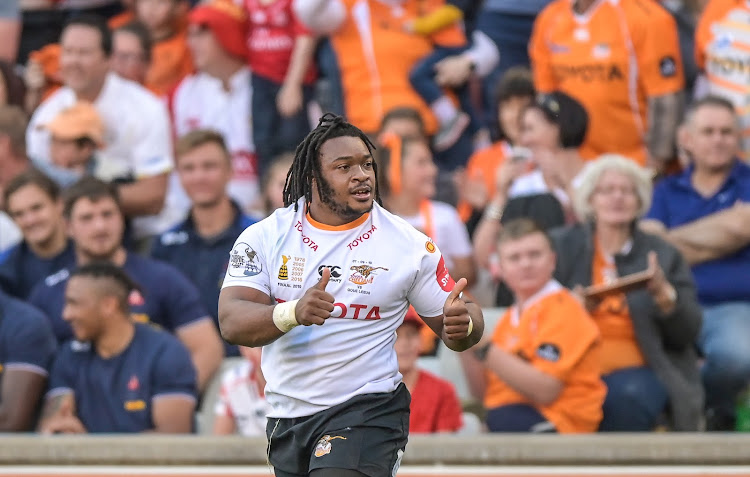 Joseph Dweba of the Toyata Free State Cheetahs was unstoppable and crashed over the try line.
Image: Christiaan Kotze/BackpagePix

By contrast, in the first half, Lions’ flyhalf Shaun Reynolds showed his deficiencies.

Some of the options he took were troubling, while his execution of some of flyhalf play’s basics also invited lament.

To be fair he wasn’t the only Lion with a knot in his tail.

The Lions’ lineout was at times wonky and their driving maul had the structural integrity of phyllo pastry.

By the 31st minute the Lions were on the ropes having already taken some devastating body blows and by the 38th referee Marius van der Westhuizen may have been forgiven for sparing the Lions further humiliation.

That the Lions came back the way they did in the second half is to their eternal credit.

The worrying signs were evident early on though.

Despite enjoying the lions’ share of possession and territory the visitors could not find a way through, before try scoring ace and man of the match Dweba characteristically peeled off from the back of a maul to score.

It seemed a soft try but provided context for what was to come.