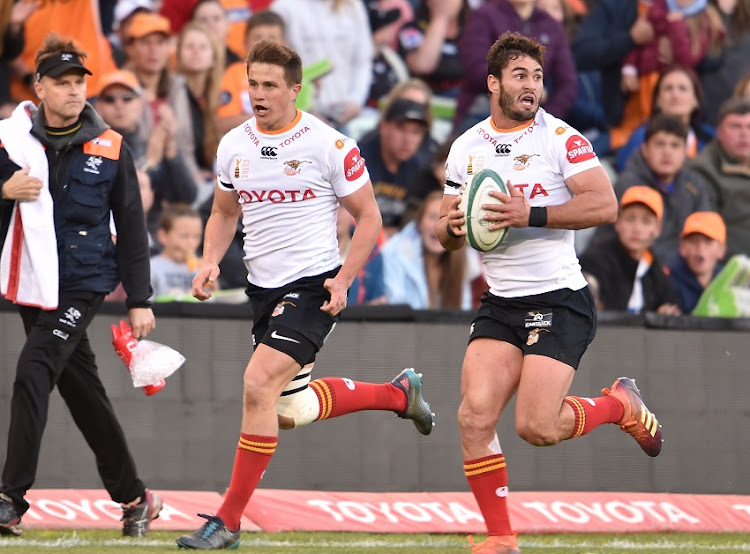 The Free State Cheetahs may have delivered fast finishes in recent weeks but Golden Lions lock Marvin Orie is in little doubt his team will be chests out when the curtain drops on Saturday’s Currie Cup final in Bloemfontein.

The Cheetahs had a spring in their step in the final quarter against Western Province and last weekend against the Sharks but equally the Lions have had their tails up at the business end of their matches.

They won their first three matches having faced a considerable deficit in all of them.

Last weekend Griquas kept snapping at the Lions’ heels but the hosts separated themselves decisively in the closing minutes.

“That is something we can definitely do as well. I have a lot of confidence in our team‚” said Orie.

“We’ve been doing well and we have a bit of momentum. We’ve won a couple of games against Griquas. We beat them at home which is difficult and we beat them at Ellis Park so we have momentum.

“Ja‚ no‚ it’s super exciting. I think there is something special happening here at the Lions. There are lots of young guys and the future of the Lions is looking bright‚” said Orie‚ not that he doesn’t have healthy respect for the Cheetahs.

“They’re a good team. They’ve played in the Pro 14 for a couple of seasons now. That changed their style a little but watching them of late in the Currie Cup I think they are back to their old ways where they give the ball quite a bit of air. They have good outside backs that we are wary of.”

They also pose significant threat in the tight exchanges.

Their Pro 14 exertions have necessitated sharpening elements of their game that didn’t come under as much scrutiny before.

Their scrum packs a punch‚ but it’s not as if the players who operate at its coal face don’t throw their weight around elsewhere.

Loosehead prop Ox Nché is a handful‚ while hooker Joseph Dwebe’s star seems to rise with each passing week.

“He is a really good player. We’ve done a bit of research on him‚” Orie said about Dwebe with a hint of mischief in his smile.

The lock who came closest to bagging a Currie Cup winners medal when he played for the Blue Bulls that went down to the Cheetahs in 2016 is desperate to get a gong.

Besides‚ for him the Currie Cup still means something.

“Ja‚ no definitely. Given the history of the Currie Cup it has always been the main competition locally. It is something that has evaded me for a couple of seasons. It is something I take seriously.”

Not that the thought consumes him.

“There may be a trophy after the game and there is more at stake but at the end of the day it is just another game that needs winning.”

Asked whether being on standby for the Springbok Rugby World Cup squad plays on his mind Orie was firm.

“It would be a really dangerous place for me to be. It would be disadvantageous to the Lions‚ especially going into this weekend. I have to be honest with myself and the coaches.

“It hasn’t played on my mind. My focus for the last couple of weeks since I returned to the Lions has been them. I’m 100 focused here.”