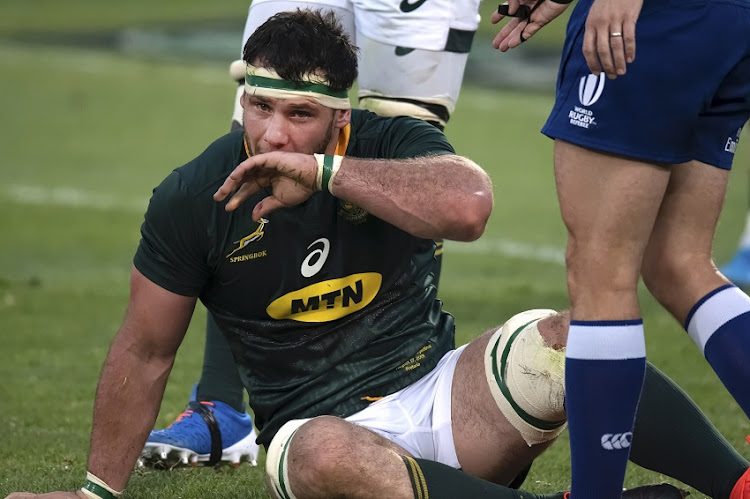 Marcell Coetzee of the Springboks during the Farewell Test match between South Africa and Argentina at Loftus Versfeld on August 17, 2019 in Pretoria, South Africa.
Image: Wessel Oosthuizen/Gallo Images

The Ulster-based looseforward was in the running to make it to the tournament for the first time having also missed out in 2015. But he sustained the injury playing against Argentina at Loftus last Saturday.

Coetzee‚ who covers all three looseforward positions‚ would’ve been the ideal player for a World Cup squad due to his versatility. He will undergo surgery on Wednesday and will be out for at least 12 weeks.

At 28-years-old it was probably the last realistic chance for Coetzee to play at the showpiece.

Another four players from the 36-man squad invited to Bloemfontein on Sunday‚ were also released back to their provinces to play in the Currie Cup this weekend.

Prop Lizo Gqoboka (Bulls)‚ lock Marvin Orie (Lions)‚ prop Thomas du Toit and centre André Esterhuizen (both Sharks) were the four players released‚ which is an indication that they will miss out on the final 31-man squad to be named next Monday.