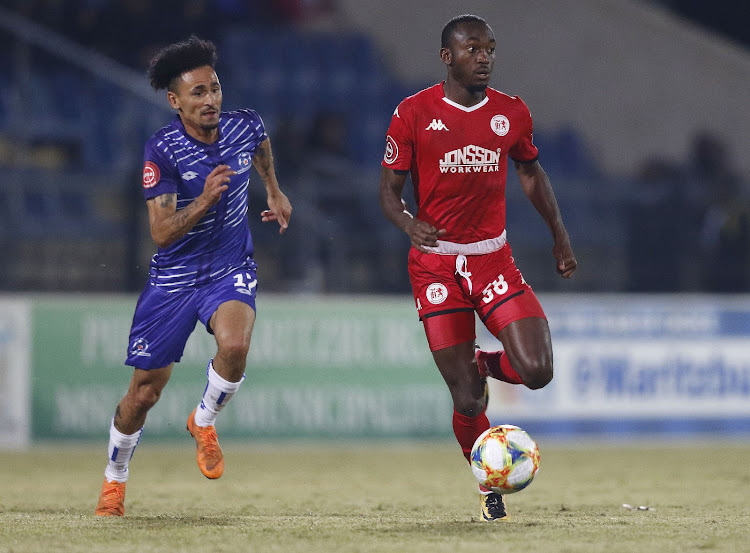 An equaliser three minutes into stoppage time on Friday ensured a share of the spoils for a relieved Highlands Park and another dose of bitter disappointment for the crowd at Maritzburg United’s Harry Gwala Stadium.

Peter Shalulile snatched a dramatic last gasp equaliser to ensure a 1-1 draw between Highlands and their hosts Maritzburg.

It was the second goal of the season for the Namibia international‚ who had been wasteful up until then‚ and the first point of the campaign for either side‚ who both lost on the opening weekend‚ but Highlands coach Owen da Gama said afterwards: “It feels more like six points!”

A helter skelter match tested the early season fitness of both as Highlands bombed forward but Maritzburg produced a steel wall at the back.

The hosts won plenty of possession in the midfield and had the better of the possession‚ but it was only until 10 minutes after half-time that the deadlock was broken.

A long pass to the right from midfielder Miguel Timm set up Kwanda Mngonyama for a goal on his return to the club where he spent 2015-2017 on loan when he still belonged to Mamelodi Sundowns.

Mngonyama played in an unexpected wing role‚ as coach Eric Tinkler rung the changes‚ and was full of running and deserved of his man of the match award.

There were chances for both Rushine de Reuck and Bandile Shandu to add to the scoreline and those misses proved costly at the end when Mothobi Mvala headed down in the Maritzburg penalty box for Shalulile to hit a scuffed shot just past Richard Ofori.

Maritzburg are eager to avoid the mentally-draining drama of just avoiding relegation last season and Tinkler bemoaned Friday’s opportunity to begin to set a trend.

“We have to make our home stadium a fortress‚” he said.