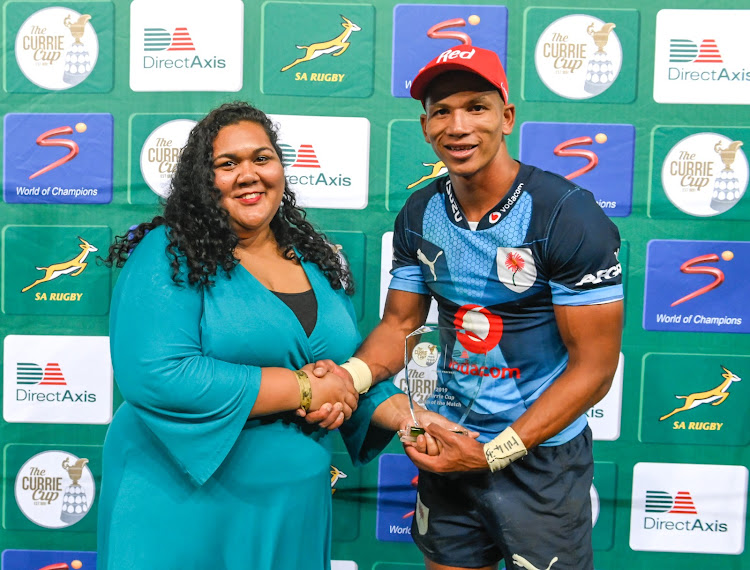 The team at the bottom of the Currie Cup points table handed the unbeaten challengers for the top a shock to the system here on Saturday.

With flyhalf Manie Libbok leading the way the Blue Bulls, twice in this match down to 13 men, upstaged the Golden Lions 31-26 in an error strewn but almost accidentally absorbing clash.

The hosts certainly didn’t look like a side playing to get to the top of the pile. Well maybe a different pile and it is perhaps a reflection of where the Currie Cup is really at.

Playing with a man down from the 20th minute the Blue Bulls displayed more character than they had hitherto this season as they rolled with the punches and scrambled with dogged determination. In fact they were

Their defence was stout but they had pliable allies in opponents who treated the ball as if it were on fire.

The Lions, truth be told, were diabolical at times. They were wasteful and routinely squandered possession. Their line-outs were a shambles. They struggled to get go-forward and their game was devoid of the continuity needed to break opposition operating with a man short.

Even before they were a man short, the Bulls held the upper hand. They were rampant in the opening minutes.

They were on the board in 26 seconds profiting richly from lock Ruan Nortje gathering the Blue Bulls kick-off before the ball was transferred to the right where Manie Libbok stepped neatly. He released the speeding Cornal Hendricks on the right wing for the score.

The Bulls were all over the Lions in the first 10 minutes as they monopolised possession and territory.

They were struggling to get a foothold and as much as the Bulls were fired up, the hosts were the architects of their own demise.

In desperate search of a spark they appeared to get it when Hacjivah Dayimani tore away from a scrum and shrugged off his immediate marker to advance the Lions well over the advantage line, before they earned a penalty from a resultant ruck.

They opted for a touch finding penalty but then wasted their opportunity by over throwing at the line-out. It was the story of their half, if not the match.

They didn’t have to wait a lot longer because the Bulls presented them not just a life line but in the context of this match, all the resources available to the NSRI.

Fred Eksteen, a little known flank was put sharply into focus for the manner in which he cleared out a Lions player beyond a ruck and he was duly red carded for his actions.

The Lions made their one man advantage count by scrumming the Bulls into submission five metres out and duly earned a penalty try.

They were level six minutes later when flyhalf Shaun Reynolds scythed his way through to the tryline but he botched the easy conversion.

Still though, the Lions through their own folly, failed to fully assert themselves. They committed a flurry of transgressions which served the dual purpose of alleviating pressure and advancing the scoreboard for the Bulls.

With the first half nearing conclusion, the visitors held a six-point advantage after Libbok added penalties in the 31st and 35th minutes.

Libbok was outstanding. His adroit handling and clarity of thought helped gain the Bulls valuable metres. He teased the Lions and kept them guessing.

On the left wing Rosko Specman also proved a handful while the Bulls pack, well those who finished the game can take a bow.