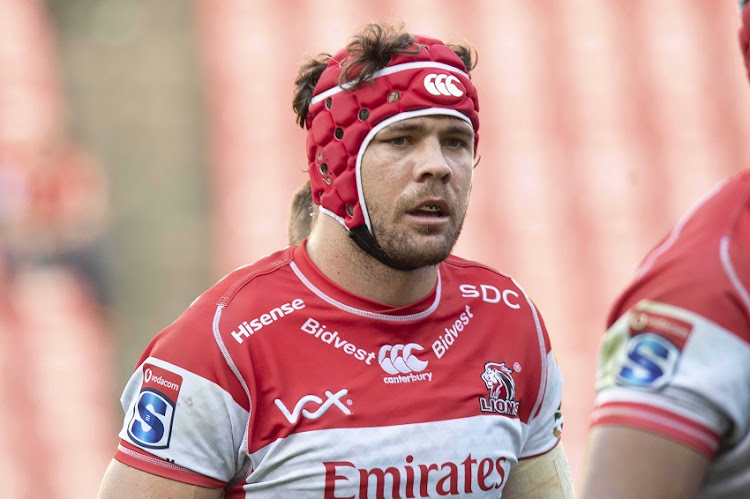 Warren Whiteley of the Lions during the Super Rugby match between Emirates Lions and Waratahs at Emirates Airline Park on May 11, 2019 in Johannesburg, South Africa.
Image: Wessel Oosthuizen/Gallo Images

Warren Whiteley’s chances of cracking the nod in the Springboks’ Rugby World Cup (RWC) squad lengthened with the news that he will remain unavailable for the Golden Lions’ clash against the Blue Bulls this weekend.

Whiteley had earmarked the match as the one in which he could make his return and launch a last-gasp bid to prove his fitness and potentially crack a spot in Rassie Erasmus’ RWC squad.

The knee injury that has plagued him this season‚ however‚ persists.

“I’m still waiting to hear if he’ll be available next week‚” said Straeuli.

It means Whiteley will not return to the field for the Springboks before Erasmus names his RWC squad.

Next week’s Test against Argentina at Loftus would have been his last opportunity to prove his Test match readiness ahead of the naming of the squad.

Meanwhile‚ the Golden Lions‚ who are on top of the Currie Cup standings‚ have their position threatened by a growing injury list.

Tighthead prop Jacobie Adriaanse has now also joined the walking wounded and is out of this weekend’s clash with a calf strain.

Centre Jan-Louis la Grange who suffered concussion in last weekend’s clash against the Free State Cheetahs has also been ruled out‚ while lock Wilhelm van der Sluys who suffered the same fate‚ may be deemed ready to play later this week.

Already on the sidelines are prop Dylan Smith‚ wing Courtnall Skosan and flank Cyle Brink who are expected to be available in the next three to four weeks.