Western Province have backs to wall after Lions defeat 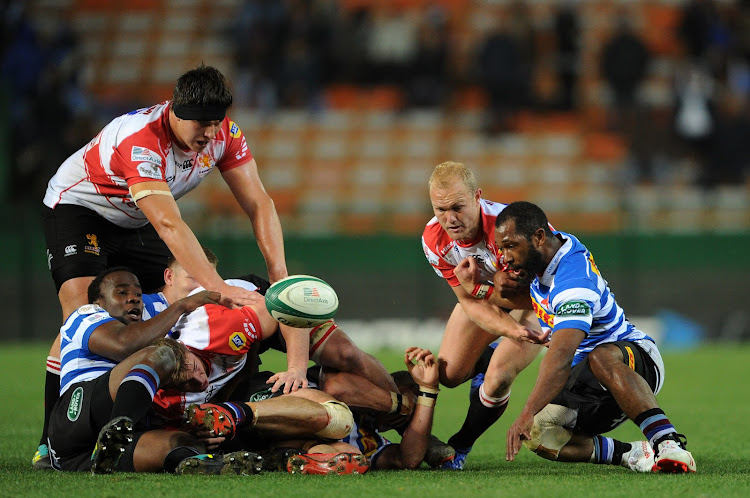 Sergeal Petersen of Western Province and Dillon Smit of the Lions look on as the ball evades them during a Currie Cup match at Newlands in Cape Town on July 27 2019.
Image: Ryan Wilkisky/BackpagePix

Western Province coach John Dobson admitted his side have their backs to the wall to make the Currie Cup semi-finals after stumbling to their second loss in three outings on Saturday.

“We have dropped two games. This was a match we had to win and so we are under massive pressure now," said Dobson after the match.

“At halftime we spoke about avoiding the game descending into complete chaos because the Lions have players who thrive on that.

“But we lost our shape completely‚ especially the kicking game. When we were down to 14 men‚ we kicked a contestable straight down the middle of the field‚ which is almost undefendable.

“There was also no patience on attack. The players seemed to want to chip kick the ball instead of building phases.

“The Lions showed a lot of fight and character for a young side. They should be very proud of themselves.

“But to lose the match from 21-7 down was a disappointment.

“We had a tough time with some interpretations at the breakdowns and offsides and we were the only team blown for offsides in the whole game‚ which is a grave concern.”

“I’m very proud of the guys because they showed a lot of character to be two points ahead by the 80th minute‚” said Lions coach Ivan van Rooyen.

“Shaun kicked very well and that’s reward for the hard work he has been putting in.

“I’m also proud of the young guys performing so well against a lot of Super Rugby standard players.

"With youth comes creativity and fearlessness.

“I’m happy that we are feeling and seeing growth within the squad. But there is still a lot to work on.”

Western Province go into a bye this week‚ which will give Dobson and the squad a lot of time to stew on their shortcomings before they meet the Pumas at Newlands.