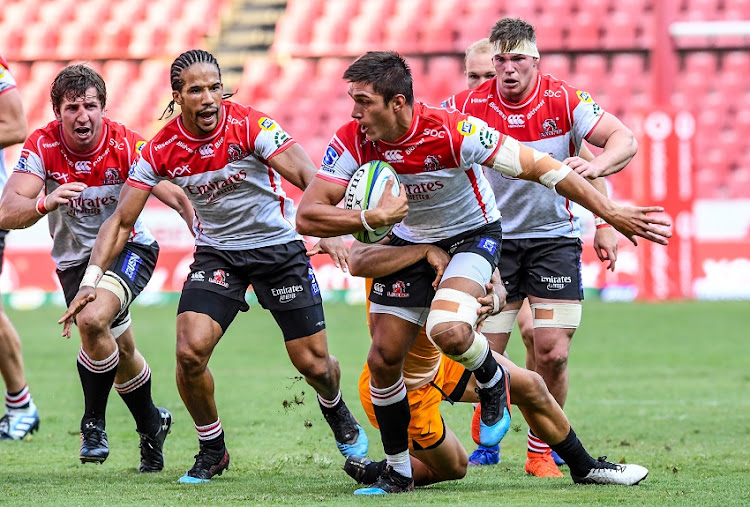 Harold Foster of the Lions with possession during the Super Rugby match between Emirates Lions and Jaguares at Emirates Airline Park on March 09, 2019 in Johannesburg, South Africa.
Image: Sydney Seshibedi/Gallo Images

The odds on the Golden Lions upstaging Western Province in their Currie Cup match at Newlands on Saturday lengthened further on Thursday with the news that loosehead prop Dylan Smith is out of the contest.

Smith apparently picked up an unspecified injury in training this week and his absence will deny the Golden Lions value experience in an area they desperately need it.

His place goes to Sti Sithole who took significant strides in Super Rugby this season.

They do‚ however‚ have the experienced Marvin Orie back in the second row‚ while No 8 Hacjivah Dayimani returns to the backrow.

Jan-Louis la Grange is the only new face in the backline from the team that beat the Pumas in the opening round of the competition.

The Lions‚ who had a bye last weekend‚ have played only one match so far in the competition and it is one that brought them fluctuating fortunes.

It was a match in which they failed to convince‚ but they still engineered a remarkable comeback to beat the Pumas 38-37 at Ellis Park.

While the coaching staff expressed their satisfaction with the character displayed by the players‚ the Lions clearly have some areas in which they need to improve.

Their pack‚ which boasted some Super Rugby experience failed to assert themselves on the Pumas‚ while their handling left a lot to be desired.

Their defence‚ which was also deeply troubling in Super Rugby‚ continued to leak tries against the Pumas.

The Lions’ pack can expect a stiff physical examination with Western Province ready to deploy regular lock JD Schickerling on the side of the scrum.

The Lions had trouble containing the big Pumas pack and they may run into similar trouble at Newlands.