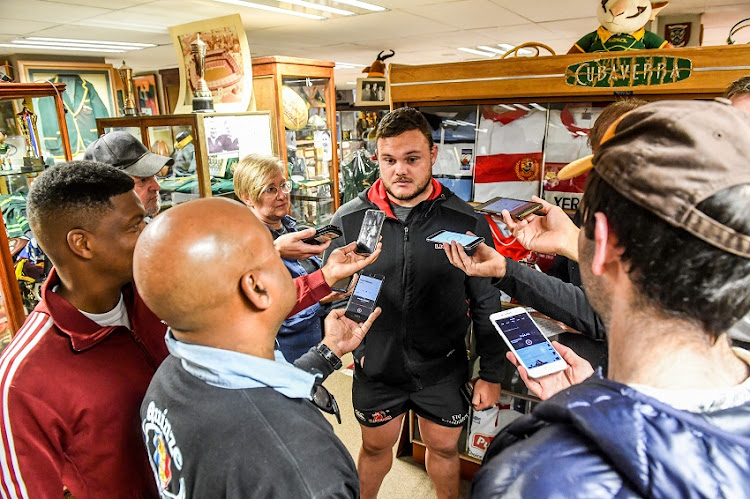 Although he looks completely impervious to Churchillian speeches and its testosterone inducing effects‚ Lions loosehead prop Dylan Smith had a message for some of his younger teammates who’ll go into battle against the Bulls on Saturday.

“Go at it. There is no reason to shy away from the challenge. Fly into it‚” said the laidback‚ softly spoken prop ahead of Saturday’s crunch clash.

The match‚ which by kick-off could have the heightened status of a Super Rugby eliminator‚ is potentially both team’s last shot at redemption.

Despite the number of absentees through injury‚ Smith knows the Lions need to put nothing but their best foot forward.

Although he acknowledges the Bulls will present them a huge challenge‚ Smith believes the Lions possess the personnel to ride another storm.

“Guys like Vincent (Tshituka) was amazing against the Stormers.

"I’d say bring that same enthusiasm and we’ll be 100s.

“It wouldn’t say we have a point or two to prove. Against a Bulls pack‚ if you don’t go in with everything you are going to come out with nothing. It is one of those games‚” said Smith.

Another dominant performance by the Lions could kill a few birds at once‚ especially at a time when the national selectors’ interest is heightened.

“I can’t really think about that‚” Smith swatted the question.

“It plays in the back of the head but it is something I’ve got to take week for week‚ especially when you come up against good competition like Trevor (Nyakane).

Although they didn’t quite get the traction in the scrum they had hoped for against the Hurricanes last weekend‚ the Lions’ have been formidable in that facet of late.

Smith’s partnership with old chum Malcolm Marx and newish acquaintance Carlu Sadie has been the cause of much menace.

Sadie‚ who is on loan from the Stormers‚ has been the cornerstone of the Lions’ scrum and Smith is only too grateful for his presence.

“Carlu is one of those youngsters who has taken his opportunity‚" he said.

"He’s had a great season with us. He has developed very well.

"Our conditioning coach has had a big part in that. He is loving it here at the Lions and I’m very happy for him coming here and doing so well.”

On the question of whether he would try and persuade Sadie to stay Smith said: “Ya‚ definitely.”