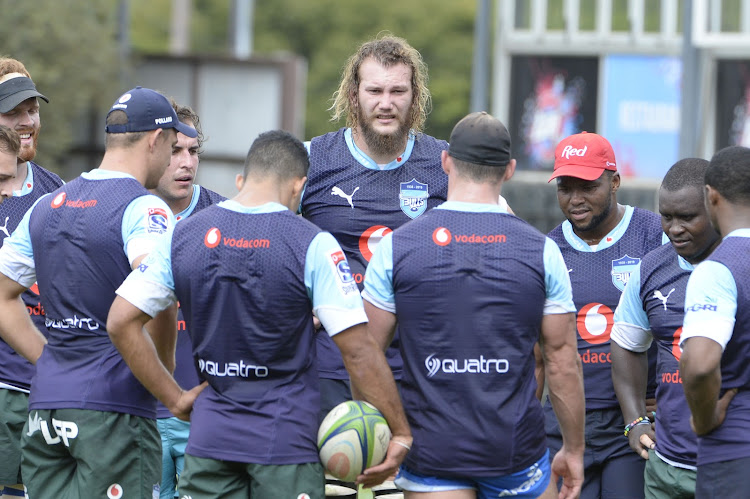 Towering Springboks lock RG Snyman is crossing his fingers that his emotions do not get the better of him in his last match in a Bulls shirt at Loftus on Saturday afternoon.

The Bulls host the Lions on the last day of Super Rugby robin stages needing a win against their bitter rivals to book a place in the play-offs.

The Japan-bound Snyman will run out to the field in the famous blue jersey for the last time at Loftus.

If the Bulls qualify for the knockout stage‚ they will not host any of their play-off matches at home and face the daunting task of returning to Australia‚ New Zealand or Argentina‚ depending on the permutations.

“It is going to be a sad moment but at the same time I am looking forward to going out there and playing at Loftus‚ which is something that has been a massive honour and privilege for me over the years‚” he said as the Bulls continued with their preparations in Pretoria on Wednesday afternoon.

“I am still looking forward to what promises to be a good game of rugby against our rivals and I am sure afterwards there will be some tears or something‚” he said.

“I have never beaten the Lions at Loftus‚ ever.

"It is a nice prospect for me and the team to get one over them and I am looking forward to playing against them here at Loftus.

"This is a big week for us after our long travel from Auckland.

"But the coach gave us an extra day to recover and hopefully it will work well from us.”

Snyman will not be the only figure bidding farewell to the Loftus faithful as a significant number of senior players have confirmed their departures from the franchise in a quest to pursue their careers overseas.

Asked about the prospect of playing away from home in the knockout stages if they manage to get there‚ Snyman said they would take confidence from their recent tour of Australasia where they lost one‚ won one and managed two credible draws.

“We will definitely take a lot of confidence out of the whole tour because it made us realise that we can beat them there.

"That gave us a lot of confidence and we will be able to go to back there and do well for the team‚” he said giving credit to coach Pote Human.

“It was him (Human) who made all the difference on tour because he has been through it before when the Bulls used to win away from home and it was his inputs that made the difference.

"We did not put too much pressure on ourselves but we put emphasis on having a good time on and off the field and that showed on how we played.

"Also‚ our medical staff looked after us very well on tour to get into a new time zone as quick as possible.

"We did things differently.

"We relaxed a little bit more and decided to have fun a bit more‚ and we also made sure that we got our rugby basics right.”