Familiar foe to lead Lions in SA in 2021 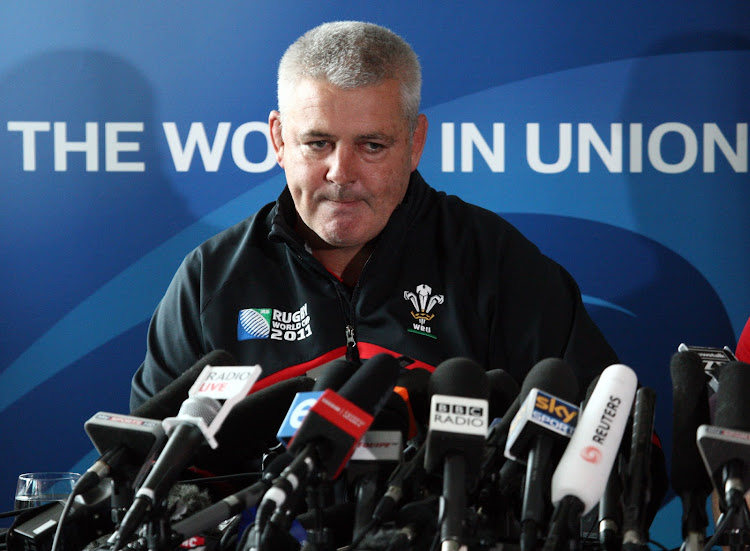 Gatland‚ who will be 57 when the Lions tour in June-July 2021‚ will lead Wales to this year’s Rugby World Cup in Japan before stepping down after 11 years in charge of the Dragons.

His appointment will certainly focus Springbok minds‚ as he is one of the most decorated coaches in the game with a stellar track record‚ especially against the Boks recently.

Until 1999 Wales had only beaten the Boks once in 13 attempts. More recently they have won five of the last six contests between the sides under Gatland.

It took him six years and nine attempts for his Welsh side to secure a win over the Boks‚ but since 2014‚ Wales have dominated the clashes.

This will be the third time Gatland leads the Lions as head coach‚ having successfully guided the team to a 2-1 series win over Australia in 2013 and an epic 1-1 drawn series against the All Blacks in 2017.

The former hooker was also assistant coach to Ian McGeechan when the Lions last toured SA in 2009.

Should Gatland’s Lions avoid defeat‚ he would create history by becoming the first person to lead tours to Australia‚ New Zealand and South Africa and remain unbeaten.

"It is exciting and a great challenge to coach the best players from the four Home Nations.

“The Lions rightly have a truly special place in the game and I jumped at the chance to be involved again when I was approached about the role.

"South Africa is a special place to play rugby.

"They have some of the most iconic stadiums in the world which will be packed full of passionate fans‚ and the Springboks have shown in recent times that they are back to being one of the dominant forces in the game.

"Having toured there in 2009 I know the scale of the task ahead of us – playing in South Africa presents a number of unique challenges such as playing at altitude‚ while the Boks will always be physical‚ aggressive and highly motivated.

"History tells you it’s a tough place to tour‚ but I am 100 per cent confident that we can go there and win – I would not be here if I thought differently.

"I’m delighted to now have everything in place to begin full-time in August 2020 as that gives me the best possible chance to plan for South Africa‚ but for the time being my focus is entirely on the Rugby World Cup and delivering a successful campaign for Wales."

Having also coached Ireland from 1998 to 2001‚ Gatland is unparalleled in terms of experience at international level with 158 Tests to his name so far.

Domestically‚ Gatland has also coached Connacht and Wasps – winning three English Premiership titles and a Heineken Cup during his time in London – before a stint with hometown side Waikato in New Zealand where he claimed the Air New Zealand Cup.