Jonker explains why the Lions pride themselves on their scrum 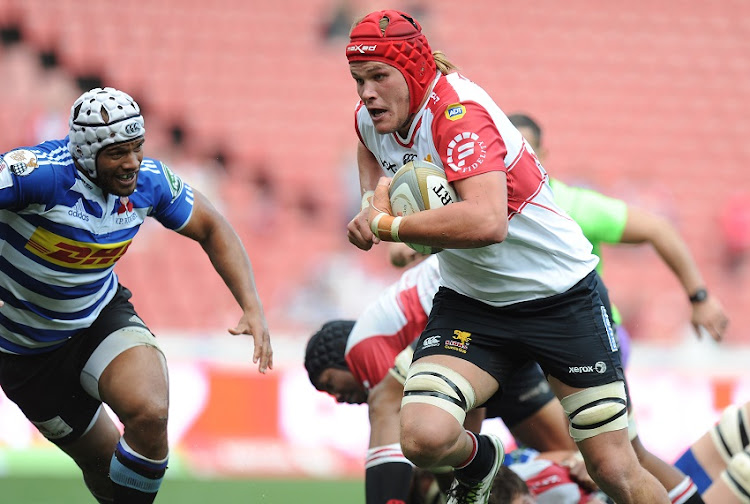 They may have lost key personnel in recent seasons but the Lions’ scrum continues to cut a burgeoning presence.

The reason for their continued success at the set-piece is simple according to prop Johannes Jonker.

“We pride ourselves in our scrum‚” said Jonker‚ who has largely operated as a replacement since joining the franchise in 2017.

“Set-pieces for us are massive.

"The last how many years the Lions have been good in the scrums. Every week we get better at what we do‚” said Jonker.

Sure‚ the defections of Ruan Dreyer‚ Jacques van Rooyen and Akker van der Merwe dented their depth but against the Stormers last Saturday the men who came from the bench continued to crank up the intensity in a scrum already in overdrive.

“The guys who were here taught us what we know‚” said Jonker.

“It is about filling their shoes but also try and be better than them at the end of the day. We are getting our chance now and it is about putting your hand up.”

That progression has been carefully cultivated under the watchful eye of scrum consultant Julian Redelinghuys but Jonker also stressed the importance of the competitive environment they have created over the last few seasons.

“We push each other at training‚” said Jonker.

"We stay in system and try and make each other better.”

Jonker noted the importance of putting down a marker early in the game.

“For a prop if the first penalty is for us then it makes the rest of the match a whole lot easier. You can then also focus on ball carries‚ open play tackling. If the scrums go well a prop like us love it and it is happiness for the rest of the game.”

It of course also helps to get the ref on your side. All too often however too much guess work goes into what causes the human pile up.

“We look at who is going to ref us. We just try and present a good picture for the referee. We try and stay in our system. We focus on what we do.

“When you get penalised you sometimes show wide eyes but then at the next scrum you need to be better. Try and get the ref on your side‚ maybe give him a wink now and then.”

The Lions have to contend with the Hurricanes this weekend and the scrum is certainly an area in which they can heap pressure on the visitors.

“They have a very good pack‚" he said.

"They are sitting close to the top of the log. They are a very good side. We focus on ourselves instead trying tricks.

“We have to be awake to what they do around the rucks.

"The props have to pride themselves on defence. Obviously they are going to target a prop’s defence.

"The Hurricanes are a good attacking side so we are going to have to be near our top the whole time.”