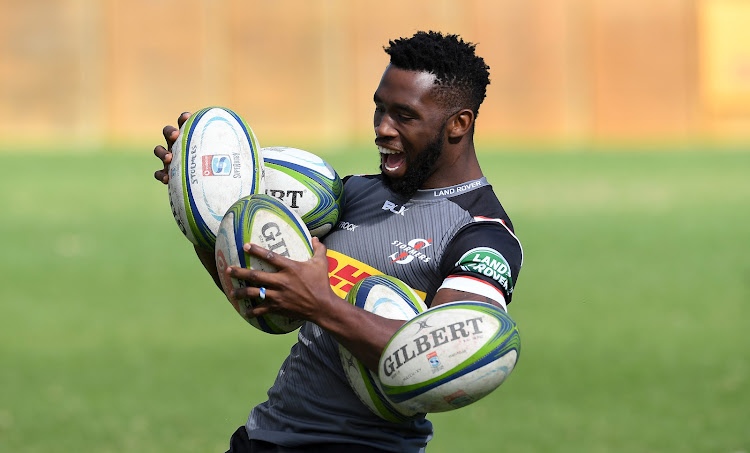 Former Springbok wing and leading South African Test try-scorer Bryan Habana believes that if Siya Kolisi lifts the World Cup later this year‚ the moment would be bigger than Nelson Mandela’s appearance at the 1995 final at Ellis Park.

Habana made the remarks in an interview that appeared in the United Kingdom’s Guardian newspaper and its online platforms on Friday.

In 1995 then-president Mandela famously donned Springbok captain Francois Pienaar’s No 6 jersey when he attended the final played between the Boks and All Blacks at Ellis Park.

Only a year into SA’s fledgling democracy‚ the images of Mandela handing the Webb Ellis Cup to Pienaar and then raising his arms aloft with a beaming Madiba smile‚ is considered one of the most iconic in sports history.

Habana‚ speaking from New York‚ told the Guardian that he believes that Kolisi leading the Boks to victory in Japan would surpass that moment.

The Stormers will travel to Argentina to face the Jaguares without a trio of Springboks‚ due to injury and rotation.
Sport
2 years ago

“For us as a country to have that inspiration‚ for 70% of our population to have that example‚ would be immensely important – on a par with Mandela in ’95 if not greater. It would be historic.”

Kolisi grew up in abject poverty in the township of Zwide outside Port Elizabeth and was raised by his grandmother. He went on to become the first black Springbok skipper and his story of overcoming deep personal and financial hurdles to leading the Boks is worthy of a Hollywood script.

“For me‚ personally‚ knowing Siya‚ knowing his personal history where he literally got raised by his grandmother‚ had nothing‚ then got an opportunity … for me this is about a player who first and foremost got chosen on his rugby playing ability‚” Habana continued.

“He got made captain on his leadership capabilities and thrived on that responsibility. He wasn’t a token player‚ being given a position because of our country’s history.”

Springbok captain Siya Kolisi has made the shortlist for the ‘Moment of the Year’ award at the Laureus World Sports Awards that take place in Monaco ...
Sport
2 years ago

This year is a massive one for rugby with the World Cup the crowning jewel of the season. But in-between there are some important events such as ...
Sport
3 years ago
Next Article