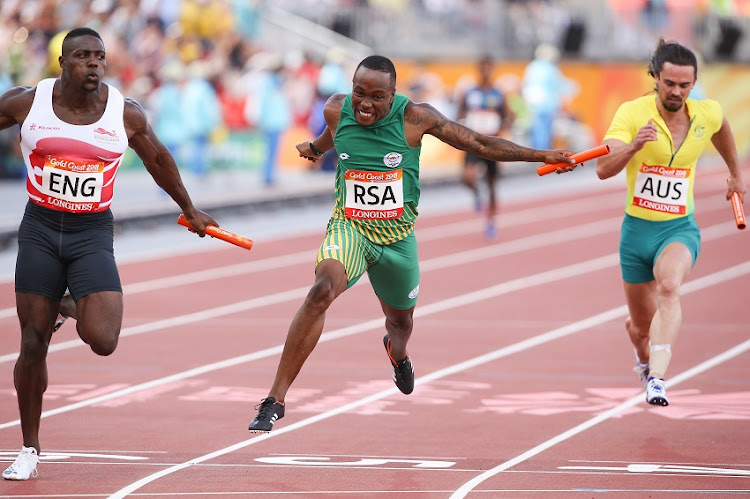 Akani Simbine of South Africa anchors his team home in the mens 4x100m relay final during the athletics on day 10 of the Gold Coast 2018 Commonwealth Games at the Carrara Stadium on April 14, 2018 in Gold Coast, Australia.
Image: Roger Sedres/Gallo Images

Three top female athletes have withdrawn from the South African women’s team that will do battle at the World Relays in Japan at the weekend.

The retreat of ace sprinter Carina Horn will blow a massive hole in the 4x100m relay‚ while the departure of Wenda Nel and Zeney van der Walt will weaken the mixed 4x400m team.

Athletics SA (ASA) said in a statement on Thursday that they would make no replacements.

That means Justine Palframan, a 200m and 400m specialist, will step in for Horn in the 4x100m, and one of Tamzin Thomas, Tebogo Mamatu, Rikenette Steenkamp  and Rose Xeyi will have to run alongside Palframan in the mixed 4x400m race.

With the competition in Yokohama serving as a qualifier for the world championships in Doha later this year‚ there will be much interest in the men’s 4x100m team.