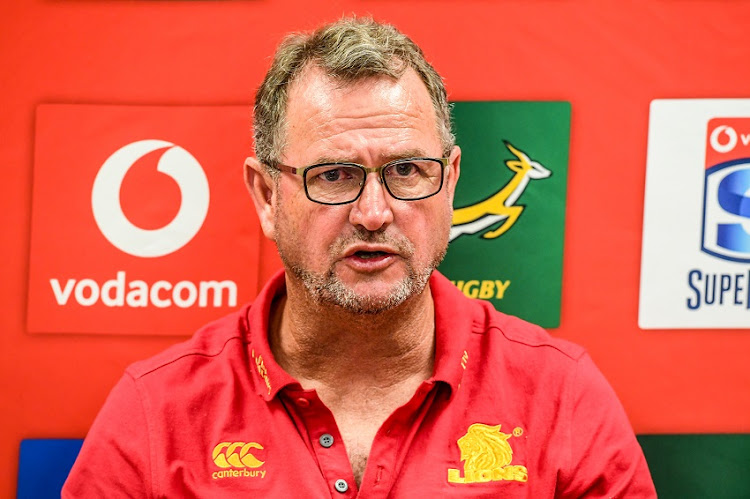 Things looked rather bleak for the Lions earlier this week.

Their coach Swys de Bruin is out of commission‚ while an extended injury list looked like exacting a heavy toll on the team that already sits bottom of the South African conference.

The prognosis now‚ however‚ is less bleak after news emerged that flank Cyle Brink and captain Warren Whiteley’s injuries are not as severe as initially feared.

Both had missed earlier parts of this season due to injury.

Brink picked up a mild knee strain against the Crusaders but should be ready for the Lions’ next match against the Waratahs‚ Saturday week.

Whiteley has a small cartilage tear in the knee‚ which was described in a team press release as an ailment “that will settle over the next few weeks”.

Whiteley received that knock against the Chiefs and was a late withdrawal for the match against the Crusaders.

According to the release Sylvian Mahuza is also a casualty of the Crusaders match.

He has a LCL injury of his left knee and the Lions Rugby Company medical team is investigating further.

This follows the crushing news of the season ending injury Gianni Lombard suffered against the Chiefs. He ruptured his ACL‚ tore his MCL and also suffered a bilateral meniscus tear.

The Lions have a bye this week after ending their eventful Australasian tour with defeat to the Crusaders last week.

It was the second week the team operated without regular coach De Bruin who has been given time off for a stress related complaint.

The Lions play the Waratahs at Ellis Park next week but it is unclear when exactly De Bruin will return to the squad.