Mapimpi a rare constant on the Sharks’ Super rollercoaster 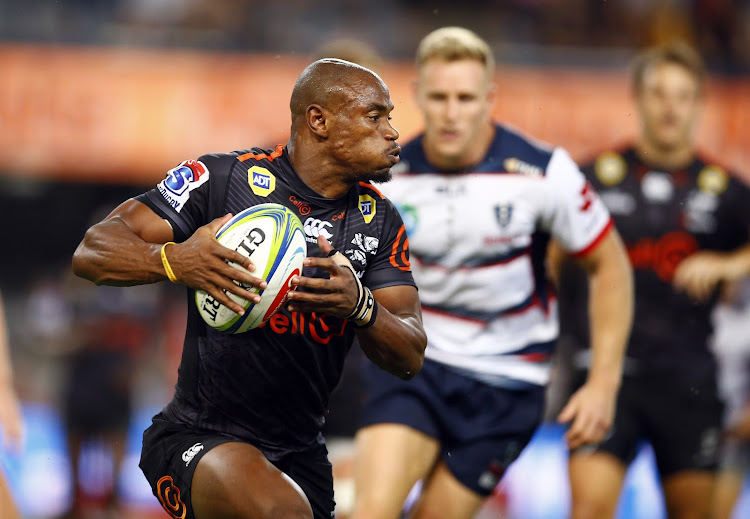 Makazole Mapimpi’s form at the Sharks has been one of the few constant aspects about their topsy-turvy season.

Even in matches where the Sharks have gone to sleep‚ Mapimpi has been alive and awake for most games.

Now that he’s also free of injury in the interim‚ he’s been able to rediscover the try-scoring form that made him such a hit at the Southern Kings and the Cheetahs.

He is one of the few players who has shone in Super Rugby and the Pro14.

Having experienced the best of both worlds‚ he’s well placed to understand how good the Jaguares‚ the Sharks’ opponents at Kings Park on Saturday‚ can be.

The Jaguares came back from 20-10 down in the last 10 minutes to beat the Bulls 22-20 at Loftus Versfeld on Saturday with debutant Domingo Miotti scoring two late tries.

The Sharks host the Jaguares on the back of a handsome 42-5 win against Lions at Ellis Park on Friday evening.

The Sharks have also been very inconsistent at home‚ with Mapimpi acknowledging the need to be better on their own patch.

“The Jaguares are a very good side and they have plenty of internationals so it’s going to be tough‚” Mapimpi said.

“We spoke about the home games and how we need to focus on them because we lost two home games. We’ve spoken about them and we need to win them. It’s going to be tough though.”

Mapimpi finds himself in thick wing competition with the likes of Aphiwe Dyantyi and teammate S’bu Nkosi being the first choice Springbok wings.

There’s also the significant matter of Cheslin Kolbe at Toulouse but Mapimpi is doing what he can from a South African perspective to get Springbok coach Johan “Rassie” Erasmus to look in his direction.

Mapimpi ticks most boxes test-class wingers would but the 28-year-old said he remains a work in progress even though he’s ironed out his high-ball issues.

“I’m not thinking about the World Cup‚ even though I’d love to go‚ but I’m focussing on my game at the moment. I have to improve in each game‚” Mapimpi said.

“When I played at Border‚ I used to play centre. I only started playing wing at the Southern Kings but I know I need to keep on improving with the high balls and with my tackling technique.”