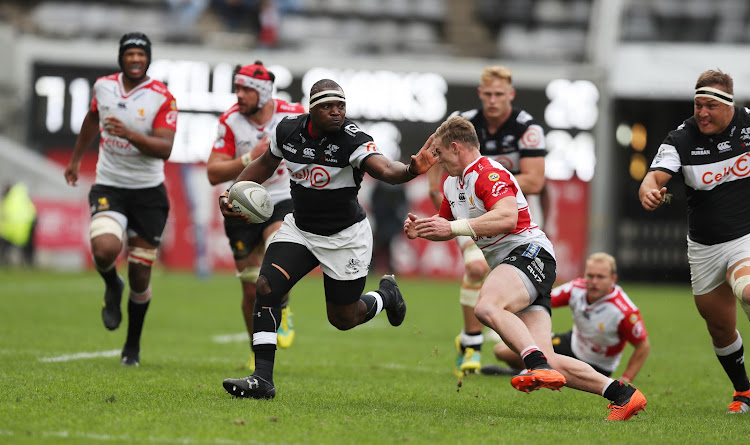 Sharks hooker Chiliboy Ralepelle faces a fight to save his career after his “B-Sample” tested positive for the banned substance Zeranol.

Ralepelle‚ who has had two positive drug tests in his career in 2010 and 2014‚ was tested in a random check by the South African Institute for Drug Free Sport (Saids) earlier this year. His A-Sample tested positive and Ralepelle asked to have his B-Sample analysed.

He was cleared in 2010 after traces of Methylhexanamine found in his system were because of a supplement provided to him by SA Rugby.

When he was playing for French Top 14 Club Toulouse‚ he tested positive for Drostanolone in 2014 and was banned for two years.

A Saids statement said the B-Sample confirmed the presence of the substance and both samples are tested from the same urine.

“Upon receipt of the athlete’s A and B-samples at the laboratory‚ only the A-sample’s seal is broken and the sample is then analysed for banned substances.

“When the presence of a banned substance is identified in the A-sample‚ the athlete is notified and has the option to accept the result or have the B-sample analysed to confirm or invalidate the A-sample result. Mr. Ralepelle exercised his right to have his B-sample analysed.”

Saids chief executive officer Khalid Galant said they wouldn't be able to comment on the matter until a final decision has been made.

All doping decisions are to be disclosed within 21 days of that decision.

“The legal representative of the athlete has been informed of the test result. The athlete now has the option of accepting the result and offering a guilty plea‚ where after a reasoned decision will be issued explaining the doping sanction‚” the statement said.

“The athlete may also submit a plea for consideration of a reduced sanction by providing mitigating circumstances.

“Should the athlete opt to contest the sample result‚ a hearing of an independent tribunal panel will be convened to adjudicate over the proceeding and hand down a decision.”