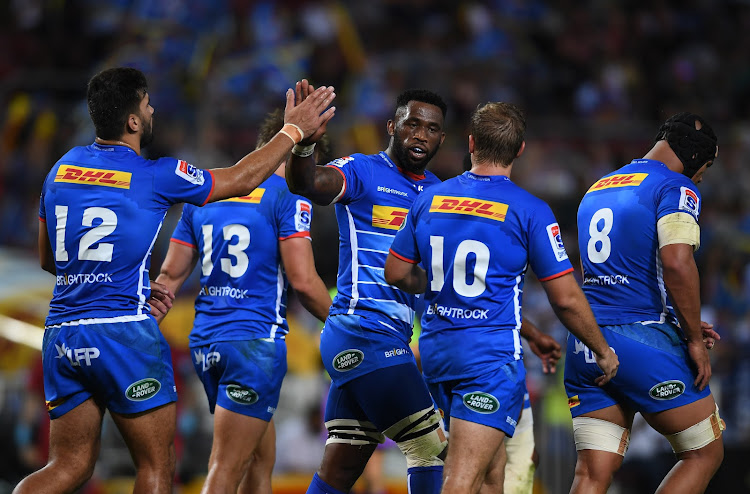 Springbok captain Siya Kolisi might not have a planned week off on the Stormers’ current tour to Australasia after Eben Etzebeth and Pieter-Steph du Toit returned home.

Etzebeth is struggling with a calf injury and has been ruled out for two weeks while Du Toit has come home to attend the birth of his first child this week.

Centre Daniel du Plessis has also returned home after suffering a knee injury during the Stormers’ 24-9 defeat against the Blues in Auckland last Saturday.

But the absence of two senior Boks and former national captains‚ leaves the Stormers light on experience. Kolisi was supposed to miss one game on tour as part of the Springbok resting protocols‚ but the agreement might be delayed under the circumstances.

“Siya told us immediately after the Blues match that he wants to keep playing because we are losing a bit of experience‚” assistant coach Dawie Snyman said from Brisbane where the Stormers are preparing to face the Reds.

“As the captain‚ he wants to make sure he keeps the team and the pack together.

“Eben is definitely not ready for the next two games. It is not too serious. He has a bit of history with his calf‚ so we want to be sure. It is a big year for him and us. We are confident he will be ready as soon as possible to contribute to the Stormers and South Africa.”

Kolisi’s inclusion won’t be welcome news to Bok coach Rassie Erasmus and it can’t be good for Kolisi in the long-term either‚ but after back-to-back losses in New Zealand‚ the Stormers needs appear to be superseding those of the national team.

The Stormers have called up lock Ernst Van Rhyn and wing Seabelo Senatla as replacements. They join looseforward Kobus van Dyk‚ who was brought in last week as cover after locks Salmaan Moerat and JD Schickerling were ruled out of the Blues clash.

After another frustrating performance against the Blues‚ where the Stormers created numerous scoring chances only to squander them through errors‚ Snyman vowed they would get it right.

“We did create opportunities but the detail was lacking‚” Snyman said.

“Once or twice the timing of runs was off that denied us space. But with ball in hand we put the Blues under pressure.

“We have changed our training to put more pressure on the last pass. The players are enjoying what we’re creating‚ but the focus is now on execution.

“Finishing off has been a problem for the last few years‚ but we are motivated as a team to get it right.”