Stormers crash to 12th defeat in a row in New Zealand 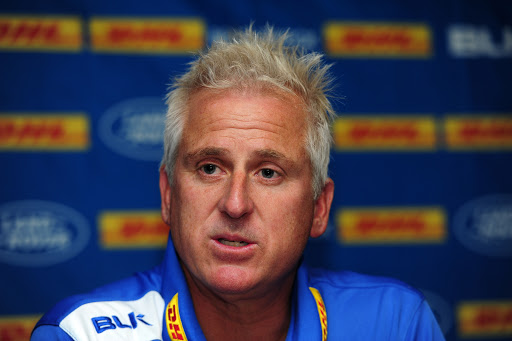 The Stormers crashed to their 12th consecutive defeat in New Zealand when they went down 24-9 to the Blues in Auckland on Saturday.

The loss was the Stormers’ second on their current Australasian tour as the home side earned a try-scoring bonus point when wing Rieko Ioane finished their third try three minutes from the end.

Despite enjoying the bulk of territory and possession the Stormers did little with the ball and several multiple phase attacks ended limply with an error.

That included a try by Josh Stander‚ which was overturned because of a forward pass by Steven Kitshoff in the build-up. It summed up the Stormers’ display.

After six wins in their seven meetings against the Blues this decade‚ the Stormers are quietly confident they can end an unsightly losing streak in ...
Sport
2 years ago

Robbie Fleck’s side were the architects of their own demise after a litany of handling errors and poor options on attack‚ and several weak moments on defence undermined some of their better play.

The Blues even played the last 11 minutes with 14 men after wing Tanielu Tele’a was red-carded for taking opposite number Dillyn Leyds out in the air. The visitors were still in the game at that stage and soon had a kickable penalty in front of the posts that would have made it a one-score game with 10 minutes to play.

But replacement SP Marais scuffed the kick from directly in front and that ended the Stormers’ challenge. They visibly deflated after that miss as the Blues finished strongly.

Mistakes told the story of the Stormers’ day with 24 handling errors and 21 missed tackles. The Blues missed over 20 tackles too‚ but they defended twice as much as the visitors.

The Stormers surprised the Blues early on with their attacking intent and tactical decision to move the ball through phases instead of using their set piece.

While the tactic created problems for the home team‚ the Stormers’ poor execution gave the Blues respite.

After a bright start the Stormers led 6-0 only to see their hard work undone when Tele’a scored from a lineout attack that started 70 metres from the Stormers’ tryline.

The Stormers were left to rue another missed opportunity when they slumped to a 34-28 loss to the Hurricanes in Wellington on Saturday.
Sport
2 years ago

A simple lineout move off the top‚ with Rieko Ioane ghosting into the midfield to create an extra man‚ confused the Stormers’ defence.

Tele’a still had a lot of work to do though and managed to hand off Damian de Allende and Leyds on his way to the line. Black converted and landed a first half penalty to give the Blues a 10-6 lead at the break.

After halftime it was all the Stormers for the third quarter but they only had another Du Plessis penalty to show for their dominance.

Inevitably‚ the introduction of veteran centre Sonny Bill Williams altered the course of the match as he created the Blues’ second try with a trademark offload to free Black under the crossbar.

The game was still in the balance but the Stormers fumbled and stumbled their way to the end before Rieko Ioane confirmed the outcome and left the Stormers winless in NZ for six years and counting.