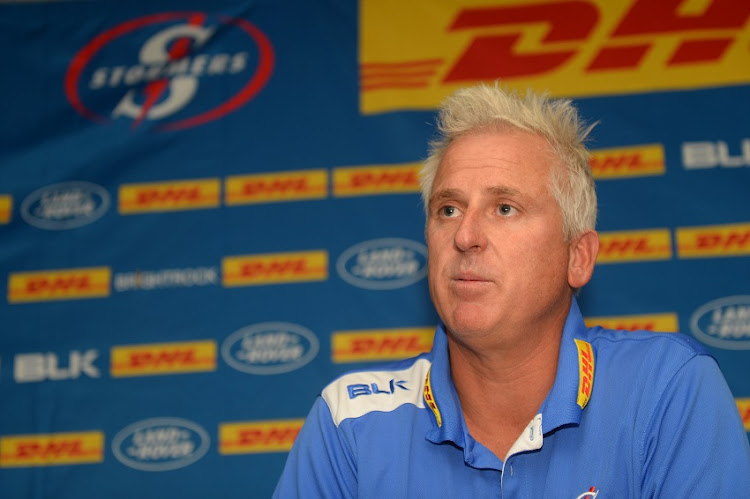 After six wins in their seven meetings against the Blues this decade‚ the Stormers are quietly confident they can end an unsightly losing streak in New Zealand when they face the Aucklanders on Saturday.

Stormers coach Robbie Fleck made six changes to the side that narrowly lost 34-28 against the Hurricanes in Wellington last weekend‚ to face the Blues in what could be Fleck’s last game in New Zealand.

The coach is in his final year with the Cape side‚ and unless they have a play-off game in NZ‚ this will be his last match coaching the Stormers in NZ.

Last week’s loss was the Stormers’ 11th straight defeat in NZ– a streak that stretches back almost six years.

Coming close last week has given the Stormers some belief‚ but Fleck still rung the changes for the Blues challenge‚ which sees Sonny Bill Williams return to the bench with veteran Ma’a Nonu retaining his place in the midfield.

Only one of those changes was enforced – lock JD Schickerling as a shoulder injury forcing his return home – although being replaced by Eben Etzebeth doesn’t constitute a step backwards.

Damian Willemse comes in at fullback with Dillyn Leyds moving to wing and SP Marais‚ who missed two tackles that led to tries for Hurricanes wing Wes Goosen last weekend‚ dropping to the bench.

Centre Daniel du Plessis returns to the starting lineup in place of Ruhan Nel while up front tighthead Wilco Louw rotates with Frans Malherbe dropping to the bench.

Jaco Coetzee‚ after some impressive cameos off the bench‚ starts at No 8. Juarno Augustus is on the wood.

“We had a few guys with flu earlier in the week but generally we have prepared well‚” Fleck said from the Stormers’ Auckland base.

“Eben is a big player for us‚ but last weekend our pack was dominant. They did well‚ but having Eben in the starting lineup brings a lot of confidence to the group. We have one more chance to win in NZ and having Eben there does give us a boost.

“We have a good‚ strong bench and the hope is to counter the Blues in those crucial last 20 minutes when NZ teams tend to step it up and finish strong.

"We have to manage the game so we can match them later on.

“I thought we finished stronger last weekend and had our chances to win it‚ but it will require another 80-minute performance.

“They have a pretty strong bench themselves with the two All Black props (Karl Tu’inukuafe and Ofa Tuungafasi) and Sonny Bill. So our experience with Scarra Ntubeni and Frans Malherbe will be crucial at the back end of the game.

“The changes we made were really about us tweaking things around. We want to see how different combinations work.

“With SP Marais on the bench Jean-Luc du Plessis will kick for goal‚ but we also have the option of Damian Willemse if needed.”

Blues coach Leon MacDonald brought in All Black lock Patrick Tuipulotu after a strong showing from the bench against the Highlanders last weekend as he sets his pack up to cope with the Stormers.

“The Stormers are going to bring a very different challenge than the Highlanders and we must be better if we are to get a positive result‚” MacDonald said.