McKenzie stars as Chiefs down Bulls in Loftus 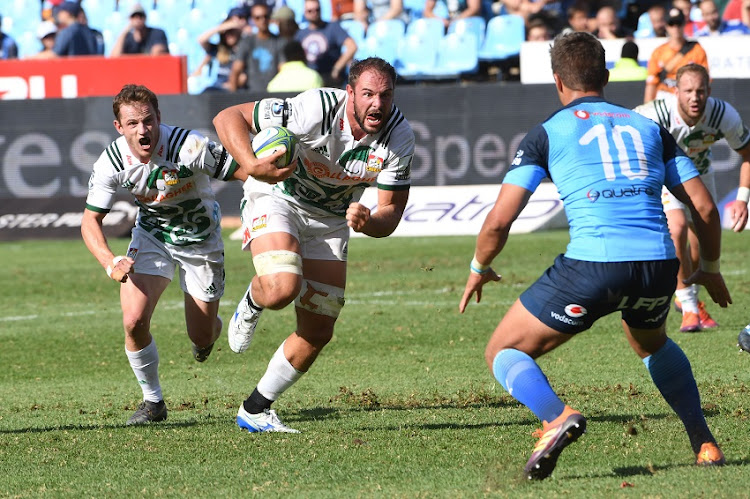 Tyler Ardron of the Chiefs during the Super Rugby match between Vodacom Bulls and Chiefs at Loftus Versfeld on March 23, 2019 in Pretoria, South Africa.
Image: Lee Warren/Gallo Images

With each crushing blow, the noise levels from the Loftus stands grew flatter and flatter on Saturday afternoon.

They were in a state of shock as their lethargic team was being torn apart by a team that arrived in the capital sitting at the bottom of the overall Super Rugby standings with four losses and one draw of their five matches.

They expected to see the Bulls, who went into this match as one of the form teams in the tournament with three wins and one loss after four starts, to walk over this Chiefs side but the New Zealanders had other ideas as they powered home seven tries to register their first win of the season.

In the process, the Chiefs snapped an 18-year winless streak in Pretoria where they suffered six losses and one draw which includes the 2009 Super Rugby final.

The Bulls, who looked to suffer from the blues of inactivity as a result of a bye last weekend, were uninspiring in their work and the determined Chiefs dully punished their mistakes.

For the visitors, they relied on the experienced of lock Brodie Retallick and fullback Damian Mckenzie who took charge of proceedings to make a mockery of the wide held belief that overseas teams suffer in altitude.

The Chiefs went to the half time break leading by 18 points and the Bulls were not good enough to turn things around in the second half.

Retallick, Nankivell and Solomon Alaimalo all returned with a bare of tries while McKenzie dazzled with the boot and a return of 21 points.

The Bulls will have to regroup as they have a daunting trip to the Sharks at the weekend where they will be hoping to return back to winning ways and possibly return to the top of the South African conference.

The visitors were the first on the score sheet through an early penalty kick by McKenzie after but Pollard equalised in a similar manner shortly.

The first try went to the Chiefs as they managed to stretch the Bulls defence with McKenzie supplying the ball to Alaimalo on the left sideline from where he touched down without pressure after 25 minutes.

Chiefs increased their lead with a try by Nankivell who picked up a bouncing ball inside the Bulls 22 area before he touched down but Pollard reduced the deficit to eleven points with his second penalty.

On the stroke of half time, Chiefs further increased their advantage when veteran Retallick registered their third try of the afternoon.

In the second half, Chiefs scored tries by Retallick, Nankivell and Ta Toiroa Tahuriorangi while Jesse Kriel and Burger Odendaal scored for the Bulls.