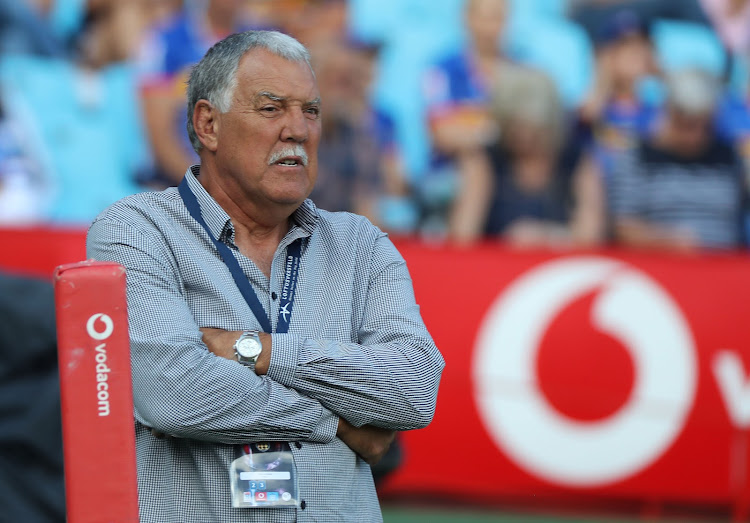 Pote Human during the 2019 Super Rugby match between the Bulls and the Stormers at Loftus Stadium, Pretoria on 16 February 2019.
Image: ©Gavin Barker/BackpagePix

Bulls coach Pote Human is wary of facing a Chiefs backlash when the two sides meet in their Super Rugby clash at Loftus on Saturday afternoon.

The Chiefs are bottom of the New Zealand conference following a poor start to the season after losing their opening four matches of the the campaign until they managed a 23-23 draw with the Hurricanes last weekend.

Human is worried that they may have turned the corner in time to face the Bulls.

“There is no doubt that they are an awesome side and I am worried that they may click on Saturday‚” said Human on Wednesday.

“Somewhere they will find their rhythm and I just hope it is not against us.

"But we are ready for them because we know what is coming.

"I think if they click it is going to be difficult for us and their intensity is much higher than the South African teams.

"Luckily for us the match is at 3pm at Loftus on a Saturday afternoon.”

Human announced his squad Wednesday and it was without Warrick Gelant.

The influential fullback has been ruled out due to a minor shoulder injury.

While the Chiefs have struggled to find their footing in the competition‚ the Bulls have been impressive and they are looking complete their fourth win after five matches.

Human's charges are also looking to consolidate their position at the top of the South African conference.

“It will be great to get our fourth win of the season because games are going to come think and fast over the next few two months or so‚ which includes four weeks overseas‚" he said.

"We are only looking at the Chiefs match at this stage and we know it is going to be tough because of the difficult situation they find themselves in at the moment.

"They are a good side and they will punish us if we don’t stick to the good things that have worked for us so far this season.

“In our preparations this week‚ we focusing on ourselves and don’t worry too much about them.

"To be able to beat them‚ we must go through our structures and processes.

"If we do that‚ we will see this one through because they are a very good rugby team with experienced players who have played at the highest level.”

Human also explained that the injury to Gelant‚ who has been replaced by Divan Rossouw in the starting line-up‚ is not serious and he is expected to return against the Sharks in Durban next weekend.

“Warrick has a shoulder injury and he is not 100% but he will available next week again‚” he said.