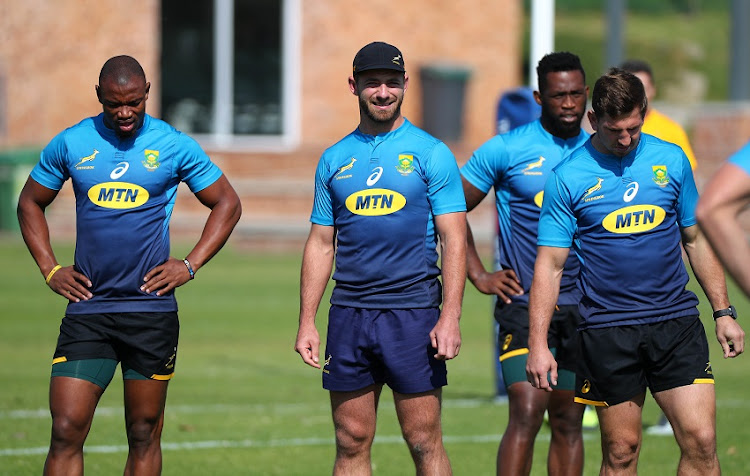 It wasn’t so much a climb down as a jump to the left for World Rugby who announced slight amendments to their proposed Nations Championships on Thursday.

The three-division tournament which they hope to launch in 2022 has been the subject of withering criticism over the last fortnight‚ necessitating rugby’s governing body to hold an emergency meeting in Dublin on Thursday.

To be fair‚ much of the criticism it received came in the wake of some inaccurate reporting of their initial proposal in New Zealand media.

Much of the heat directed at World Rugby centred around player welfare with the sheer number of high intensity matches raising the ire of current and former internationals.

World Rugby in its revised proposal for the Nations Championships has now removed semi-finals as part of the competition structure thus shortening the tournament by a week in the interest of player welfare.

Earlier on Thursday International Rugby Players‚ the players’ representative body reiterated their position that greater consultation was needed before the venture can move forward.

They quoted heavyweights Brian O’Driscoll‚ Jean de Villiers‚ Alun Wynn Jones and Michael Hooper to get the message across.

After concluding their meeting World Rugby said in a statement that they were committed to working with International Rugby Players and the leading domestic club competitions.

They also committed to invest in a Women’s Nations Championship to accelerate the global competitiveness of the game.

World Rugby stressed that the competition will include a system of promotion and relegation‚ thus allaying fears some Pacific Island nations may have had of missing the boat.

New Zealand media outlets had inaccurately reported that ninth ranked Fiji would not form part of the 12-team top tier of the Nations Championships and that the 14th ranked United States with its vast untapped potential would instead be included.

Large amounts of money were bandied about at Thursday’s meeting in Dublin.

“The proposed format would be underpinned by a record commercial partnership with leading global sports marketing company Infront‚ guaranteeing almost £5 billion (R96 billion) for investment in the sport over an initial 12-year period (of which more than £1.5 billion (R28.8 billion) is guaranteed incremental revenue for the world game).

“The proposed business model covers both media and marketing rights but does not include any sale of equity in the competition and therefore full control of the competition and its revenue redistribution model would be retained by the unions‚ the current major competitions and World Rugby‚” their statement read.

World Rugby’s decision not to open up the event to private ownership comes on the back of news that CVC Capital Partners‚ a Luxembourg based British equity firm had offered 500 million pounds (R9.5 billion) for a 30 percent stake in the Six Nations.

Three months ago CVC bought a 27 percent stake in Premiership Rugby (in England) for 230 million pounds.

Some rugby bosses may be wary of CVC.

The equity firm was heavily criticised for their failure to reinvest profits they derived from their ownership of Formula One back into the sport.

They sold their stake in Formula One at a large profit to Liberty Media a little over two years ago.

Still‚ some Europe’s elite may jump at the opportunity of a significant cash injection in the Six Nations.

Some are already spooked by the idea of promotion-relegation in the Six Nations should the Nations Championship get the green light.

“This is a pivotal time for the game.

"Only by keeping the best interests of the global game at heart will we be able to achieve something truly impactful for the future success and sustainability of the game‚” said Beaumont.