Stormers only trying to deal in the currency of winning 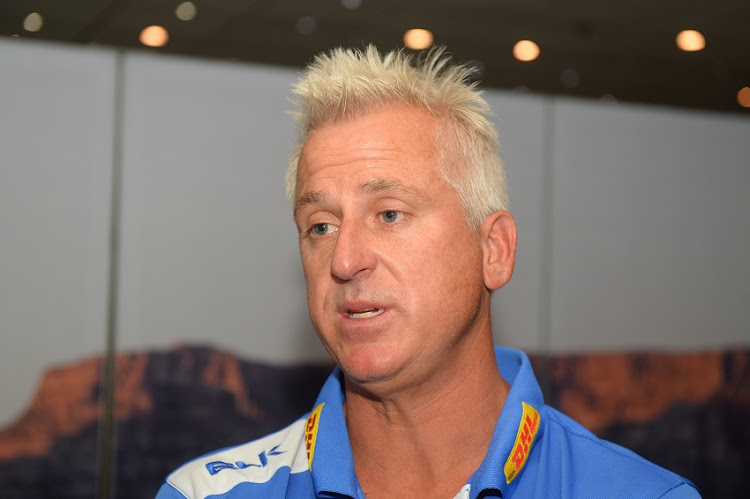 It should go without saying that winning rugby matches should be the only currency coaches and players deal in‚ but for the Stormers they are always under pressure to do it with style too.

Winning ugly only works when there are trophies lining a team’s cabinet at the end of a campaign. Losing ugly is somehow seen as less palatable than losing with flair‚ even though both outcomes are the same.

Stormers coach Robbie Fleck is well aware that in the Western Cape there is a craving for ‘style’ even though an exact definition of the concept is fuzzy.

Style could be a commanding lineout and rolling maul‚ or it could be a powerful drive from close range by a big prop‚ as much as it could be the romantic notion of ‘swinging it’ wide.

So Fleck is keeping it simple when his side takes on the Jaguares in Cape Town on Friday – winning is all that matters – especially with a four match Australasian tour to follow.

It worked against the Sharks two weeks ago and the Stormers were actually better value than their 16-11 winning scoreline suggested.

At the cutting edge of professional rugby‚ the team that edges the battle on the gain line‚ mot often dictates the shape of the game.

“This is a big game before a four-week tour‚” Fleck said. “We had the slow start [losing 40-3 to the Bulls] and have had to fight back hard in the last two games. It’s taken a lot of character‚ but we feel like we’ve gained some momentum and confidence.

“We won’t take the Jaguares for granted‚ though. The Jaguares can hang on to the ball and put teams under pressure.

"Our defence has looked good in the last two games‚ though. We’re right up there in the tournament with the better teams for tackle success rate and dominant tackles.

“You can’t give a side like that space and you can’t switch off for a second. I think that the Jaguares will ask a lot more questions of our defence than we were asked in the previous games.

“We’ve got to front up physically‚ and we’ve got to be smart if we’re going to shut them down.”

Jaguares coach Gonzalo Quesada has rejigged his side from the one that lost 47-39 to the Lions last week by recalling all his big names for the Newlands clash.

‘The Lions put their scrum under pressure last week‚ but I think that a few of their better players didn’t feature in that game at Ellis Park‚” Fleck said.

Where the Stormers have been lacking‚ not only this season‚ but as far back as Allister Coetzee’s reign‚ was to turn their dominance into tries.

There has been‚ with a few rare exceptions‚ a lack of patience and clinical finishing after some good groundwork.

This season the Stormers have only scored two tries in three games‚ but had they been more clinical they could have had five or six.

In 2015‚ Coetzee’s final year in charge the Stormers scored the third lowest tries in the competition with 32 in 16 games. Last year they were third lowest again but with 46 in 15 games.

Despite all this talk of attractive rugby being the Stormers’ DNA‚ the evidence‚ at least in terms of crossing the whitewash‚ doesn’t back up that assertion.

So winning has to remain the priority for the Stormers and any try-scoring bonus points along the way‚ are‚ well‚ just a bonus.