Franco Naude latest Bulls player to move to the Lions 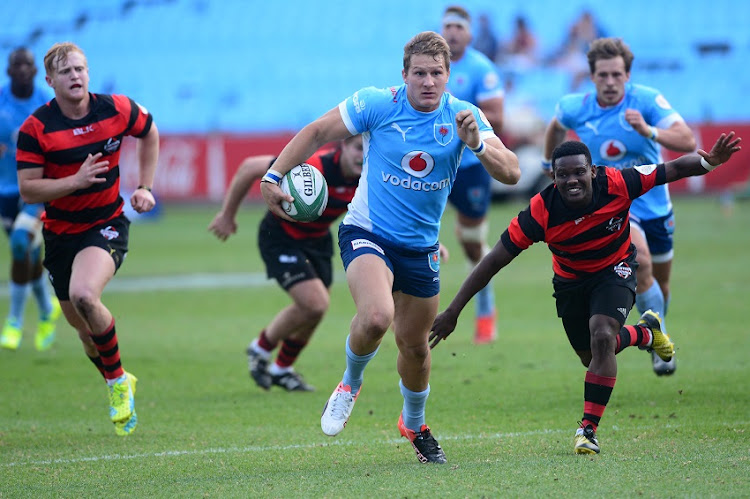 Franco Naude of the Blue Bulls during the Currie Cup U/21match between Blue Bulls and Eastern Province at Loftus Versfeld on September 02, 2016 in Pretoria, South Africa.
Image: Lee Warren/Gallo Images

Franco Naude is the latest player to embark on the mini migration on the N1 between Gauteng’s two major rugby establishments.

His loan agreement from the Bulls to the Lions is so recent he scored a try against his new employers in pre-season friendly last month.

While the Bulls were bulging with midfield resources‚ the Lions were a bit thin‚ and Naude‚ opted to make the 60km short trek south.

“It is a great opportunity for me‚" he said.

"There are some great centres at the Bulls.

"I feel I could have had more opportunity at the Bulls. Here there are good centres as well and the competition is strong. Competition improves you.”

Naude‚ who can play 12 and 13‚ prefers the former and this places him in a scramble for the inside centre berth with Harold Vorster.

Vorster was in the starting line-up in the first few games but Naude earned his first start last Saturday against the Jaguares next to a player he greatly admires.

“It was the first time I played with him‚" he said.

"I just think he is a great rugby player and it is a privilege to play with him‚” he said of Wandisile Simelane.

If part of his job is to enable the youthful exuberance of Simelane‚ on his inside he has the calming influence of the vastly experienced Elton Jantjies.

“Jis‚ that’s a lot of experience on my inside‚” said Naude.

“Elton takes the lead and helps me a lot. It is easy for me because he talks a lot. He gets me into the right spaces and that allows me to play my game.”

Although coach Swys de Bruin likened Naude’s confrontational ball in hand approach to former Lions inside centre Rohan Janse van Rensburg‚ the newcomer would rather be the mirror image of the late Bulls centre Ettienne Botha.

“He was a great role model for me. He was a great player to look up to. If I can play like him I’d be really satisfied‚” said Naude.

If quick feet‚ with which Botha was certainly endowed‚ gets a buzz out of Naude‚ he cannot afford to be too mesmerised when he comes up against the Melbourne Rebels’ Quade Cooper on Saturday.

Cooper and Will Genia form the most experienced halfback pairing in the competition and their contribution has played a leading role in placing the Rebels top of the Australian conference.

Naude says he doesn’t look at names on the opposition’s team sheet but these two warrant attention.

“I watched them when I was still at primary school. To play against them now is a great honour. It gives me the opportunity to show off my skills set against them.

“I think they are a very good team but I don’t focus on names.”