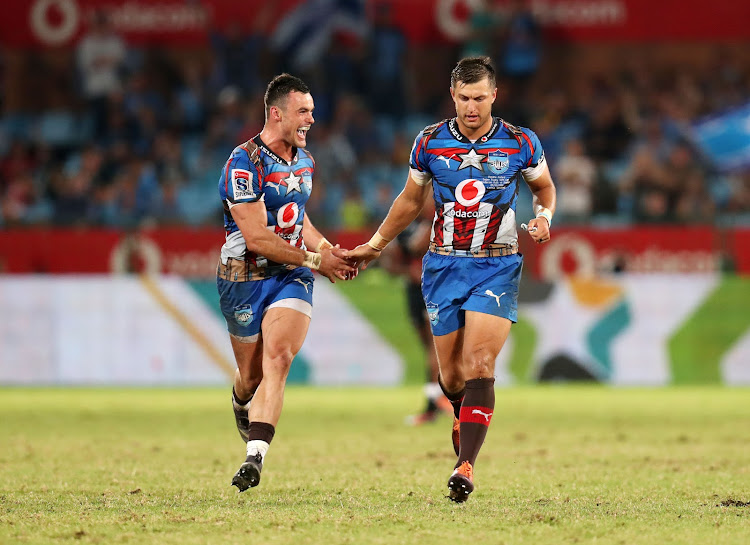 With a much-needed bye week looming‚ the Bulls and the Sharks are in contrasting but deserved places after four consecutive Super Rugby matches.

With a much-needed bye week looming‚ the Bulls and the Sharks are in contrasting but deserved places after four consecutive Super Rugby matches.

The Bulls mechanically dismantled the Sharks 37-14 at Loftus Versfeld.

While they again missed out on the bonus point‚ the Bulls have won three out of their four fixtures.

Those wins came against South African opposition while they lost away to the Jaguares.

If they're not set up for an assault when they return to action on March 23 when they host the Chiefs‚ they'll never be set again.

Coach Pote Human said they've been happy with the progress they've made and the lack of bonus points isn't an issue for them at the moment.

“We need to win first and the bonus point will come. We need to gather momentum. You may have seen what's happened in the past when the Bulls started well only to fall away during the season.

"We just have to focus on each game and we have the Chiefs to follow‚” Human said.

Handre Pollard‚ who played in his 50th Super Rugby match for the Bulls‚ again proved why he's South Africa's number one flyhalf with a polished performance.

He collected 22 points and also added a drop goal.

The important part of his performance was how he always found a way to keep the Sharks at bay while Rosko Specman continued his dream Super Rugby season with two tries.

“I don't kick drop goals and I think that was my first one for the Bulls but at the time‚ it was a right call because it took us two scores ahead.

"The way we play is the way we believe in and we need to keep it up‚” Pollard said.

Sharks coach Robert du Preez for once wasn't brooding over the defeat but said his side had no right after being out-muscled in the physical exchanges for the second week in succession.

Like the Bulls‚ they have the week off but they have to lick their wounds before the Rebels head to Durban.

The Sharks started the season well with wins against the Sunwolves and the Bulls.

“When you play well in the first two games and you struggle in your last two game‚ it has to be a concern. We've got a very talented squad and I know we'll bounce back.

"It's a physical battle and the derbies are unbelievably physical. The teams that's most physical and aggressive will come out on top‚” Du Preez said.

“We've got beaten up two weeks in a row but we need to come back and take stock. It's good the guys now have a break.”