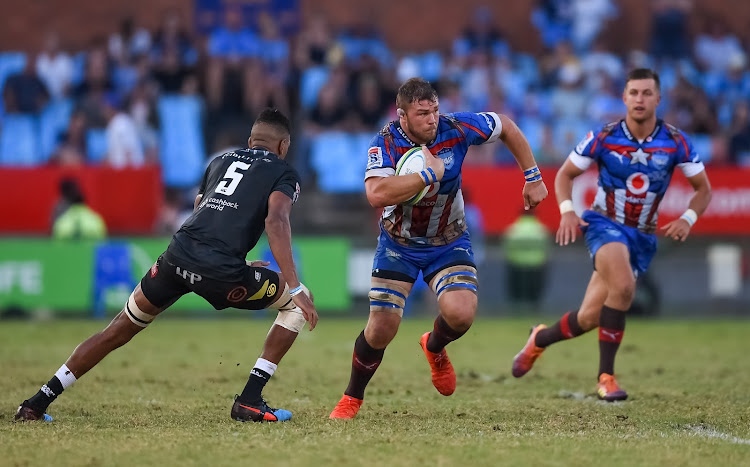 The Bulls may still be a work in progress, but they're one that's gathering some reasonable steam after seeing off the Sharks 37-14 at Loftus Versfeld Stadium on Saturday afternoon.

In condemning the Sharks to their second consecutive defeat, the Bulls kept it simple but also showed the necessary flair to unlock the Sharks.

For the visitors, there's worrying signs of last year's inconsistency becoming a habit if it's unchecked.

It won't get easier when the host the Rebels on March 23 but they contributed to what was a watchable derby in front of a appreciative crowd.

The Bulls have a bye but having won three of their opening four games, they'll rest easy before they confront the struggling Chiefs on March 23.

There was far more attacking endeavour and the rugby was far smarter than in previous South African engagements.

With the sides possessing world-class back three pace merchants, tactical kicking had to be precise.

The Bulls were better in this department in the first quarter and as it turned out, for the rest of the game.

Once the Sharks saw of the ball in a portion of the first half, Warrick Gelant and his fleet-footed crew were equal to the task.

While the Jesse Kriel's 20th minute try was a regulation blindside move that caught the Sharks fast asleep, it was a thing of beauty ; flying nearly 70m down the right hand side.

The Bulls backline that was superbly marshalled by Handre Pollard had the synchronisation and the synergy that was desperately missing from the Sharks.

Cornal Hendricks and Rosko Specman were superb; harrying kick-chases very well and getting into the gaps provided for them.

Hendricks was particularly unlucky not to score on the stroke of half-time when he couldn't gather his own chip after flying down the right wing.

While Pollard was the major-general who guided proceedings, Gelant was the field lieutenant who's darting runs and sniping kicks pressured Rhyno Smith, Makazole Mapimpi and S'bu Nkosi.

They responded very well but Pollard's and Gelant's pin-point kicking and incessant chasing didn't allow them to express their attacking talents.

The Bulls forwards put in a determined and unified shift with Schalk Brits, Tim Agaba and Duane Vermeulen prominent in the ball-carrying stakes.

It was the Sharks' reasonably stout defence that kept them in the game. The Bulls owned the scrums while there was parity in the line-outs.

While the Sharks got out of the second half blocks quickly with Jeremy Ward's 42nd minute try from phase play, the Bulls restored their healthy lead three minutes later with a beautifully worked Specman try that involved an excellent pass from Pollard and even better acceleration from Gelant.

The visitors tried to stay in the game through a 55th minute Daniel du Preez try but without the necessary physical domination to earn the right to play their offloading game, the touch-down was momentary relief.

Pote Human's side flat lined a bit after their hi-octane first stanza.

In Pollard, who contributed 22 points, the Bulls and the Springboks by extension, have an intelligent game manager.

To their credit, Robert du Preez's charges sharpened up their possession and territory act.

However, the litany of first half errors that saw Pollard convert four first half penalties hamstrung them.

The Bulls though had the last laugh through a late Pollard drop goal and a clinically beautiful Specman try that put the seal on a mechanically aesthetic showing.