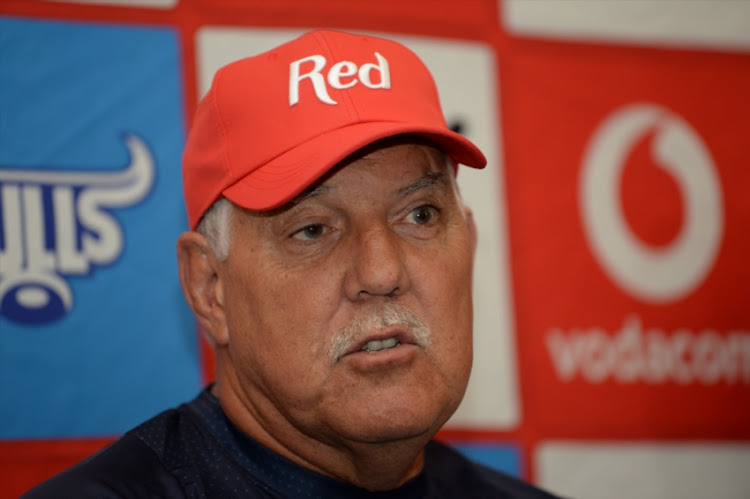 Bulls coach Pote Human has indicated that he will rest some of his key Springbok players after their Super Rugby clash against the Sharks at Loftus on Saturday.

This is in line with a polite request that has been made by Springbok coach Rassie Erasmus to give national players a rest during the Super season‚ with the World Cup in Japan fast approaching later in the year.

“To be honest with you‚ it’s a difficult issue‚” Human said this week as he readied his troops for the visit of their rivals from Durban in what promises to be a thrilling encounter.

“Our planning was that we wanted to get the first four games of the season out of the way. We have a bye next week and then we’ll see how we can accommodate some rest for guys like Handre Pollard‚ Schalk Brits and Duane Vermeulen.”

Human said Erasmus has been in contact with all the franchise coaches‚ where the Bok coach requested a break for national players during the season so that they are fresh for the World Cup in September.

“We do have an agreement with Rassie and SA Rugby. It’s a long road to the tournament. We’ll manage them wherever possible. We have to manage them‚” Human said.

For this weekend‚ Human has picked Pollard‚ Brits and Vermeulen‚ while regular captain Lood de Jager is out injured‚ as the Bulls look for their third win of the season that will take them to the top of the standings in the South African conference.

He said that for the Bulls to prevail against the Sharks they must produce a similar or even better defensive performance than they did against the Lions last week‚ where they comfortably won 30-12 in Johannesburg.

“We concentrate hard on our defence during preparations because we know very well that it is an area that can win you championships. At this stage I am proud of the commitment and the attitude that has been shown by the players‚” the coach said.