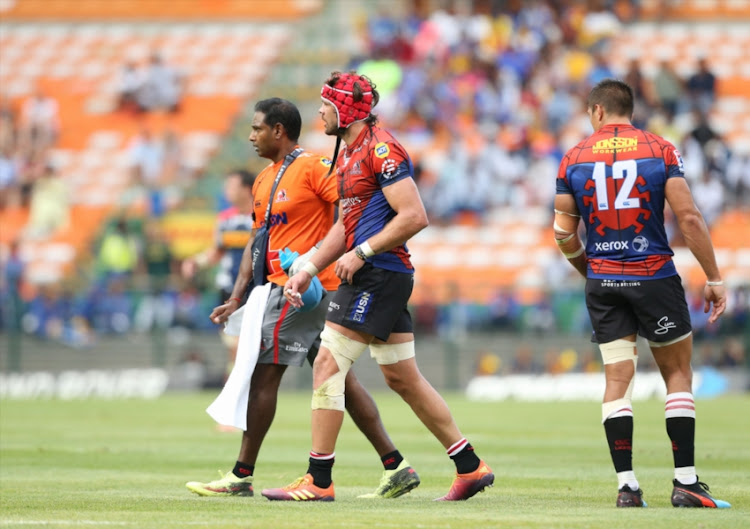 Of course he is frustrated‚ but not having to have surgery is his biggest relief.

Lions’ regular captain Warren Whiteley is coming to terms with another stint on the sidelines but at least the prognosis is following the predicted path.

“The recovery is going very well. It is very much on track‚” said Whiteley about the pectoral muscle injury that forced him from the field against the Stormers in round two of Super Rugby at Newlands last month.

At first it was feared that Whiteley‚ who missed the bulk of last season through injury‚ would again sit out a large part of this campaign‚ potentially even jeopardising his chances of going to the Rugby World Cup.

“At first I feared I may have to have surgery and that could have meant I’d miss the whole season.

"Thankfully it didn’t come to that and I will have the opportunity to play in the second half of Super Rugby‚” said Whiteley.

He is very thankful he can play himself back into Springbok contention when he returns in five to seven weeks’ time.

“We say seven weeks because we always deal with a conservative estimate.

"That’s how we deal with it because it is better to have a conservative approach and not rush anyone back too soon.

“When I regain my fitness I just want the opportunity to make a contribution. Obviously it is a big year with the Rugby World Cup but I need to get fit and show what I’m worth first.”

He admits it is hard to look at the bright side when one lay-off is followed by the next.

“It is frustrating‚” said Whiteley with a bit of a chuckle.

“I miss being out there.”

It especially hurts when he sees his teammates struggle and there is nothing he can do to alter the course of events.

He has been sorely missed.

After he left the field against the Stormers‚ the Lions went backwards and lost that game. They then slipped to another defeat to the Bulls at Ellis Park last Saturday.

He is less focused on those results.

“There have also been a lot of positives within this group.