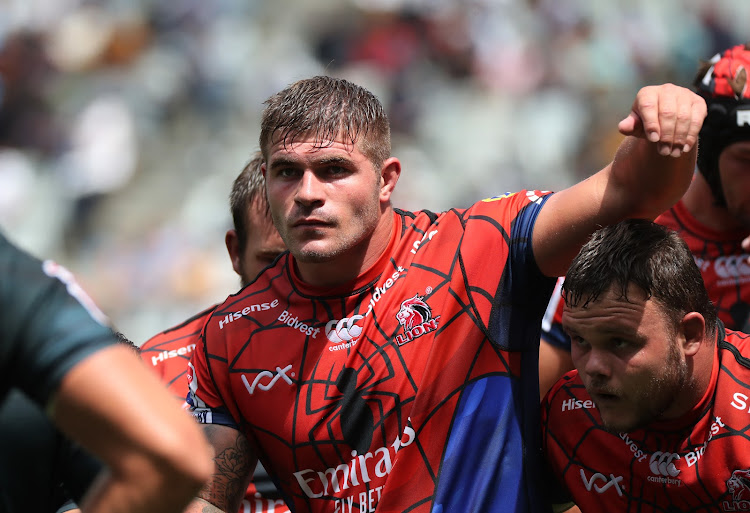 Malcolm Marx of the Lions will captain the team in the absence of injured Warren Whiteley.
Image: Gavin Barker/BackpagePix

Malcolm Marx‚ and not Elton Jantjies will lead the Lions in Saturday’s Super Rugby derby against the Bulls at Ellis Park.

Marx‚ the Springbok hooker was favoured over regular vice-captain Jantjies in the absence of Warren Whiteley who has been ruled out with a pectoral muscle injury for at least six weeks.

Marx‚ a taciturn man of action‚ perhaps predictably said he prefers to lead by example.

“I don’t like to talk much. If I have nothing to say I won’t say anything. Rather lead by actions because actions speak louder than words.

“It is tough to follow in Wazza’s (Whiteley’s) footsteps because he is one of the best captains you’ll find. I’m very humbled‚” said Marx.

Jantjies didn’t seem too fussed about being overlooked.

“To be honest I don’t think a lot about those type of things‚” he said as he and Marx again traded smiles.

“It is definitely the right decision.”

The men flanked coach Swys de Bruin on Thursday in vests that helped showcase the body art on their generously proportioned physiques.

“If I look at these muscles I had no choice‚” De Bruin joked while looking at Marx.

“He’s got all the accolades. He is from this area. It was a unanimous decision with Elton‚ who will still be the general and making the major calls. The two of them will take the leadership.

“Malcolm was the guy who cleaned the shed (change room) on Saturday. He is a team man and a leader. He is a top player. It isn’t just the popular decision. It is the right one‚” stressed De Bruin.

The Lions were forced into changes because of injury to Whiteley and lock Marvin Orie.

“Marvin is a Springbok‚ along with Warren‚ so it is a setback. It is a chance for Herbsie (Rhyno Herbst) to put his hand up as well as for Robert Kruger off the bench.”

Hacjivah Dayimani returns to the starting line-up in the place of Whiteley‚ while Ruan Combrinck shifts wings to make place for Aphiwe Dyantyi who comes in for Courtnall Skosan.

“Hacjivah is a good ball carrier and he’ll go with the two fox terriers in Kwagga (Smith) and Marbus (Schoeman) in the backrow. They have a big challenge‚” said De Bruin.

The Lions‚ who have been the conference pace setters over the last few seasons‚ will be desperate not to suffer another derby defeat after last week’s loss to the Stormers. They host a Bulls side licking their wounds following their defeat in Buenos Aires against the Jaguares.

De Bruin is trying to keep them guessing about the tactics the Lions might employ on Saturday.

Lions to play the Bulls: