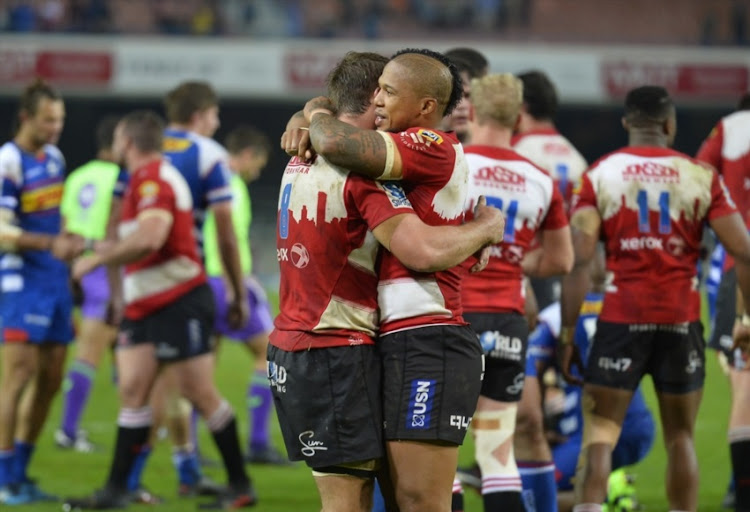 The Lions are confident they won’t be afflicted by a leadership vacuum in the absence of captain Warren Whiteley who has been sidelined for at least six weeks with a pectoral injury.

Both the Lions‚ and the Bulls whom they meet in a Super Rugby clash at Ellis Park on Saturday‚ will be without their regular leaders but the hosts believe they will be able to absorb the loss of their inspirational captain.

“Each guy is a leader in his position and that makes it easy‚” forwards coach Philip Lemmer tried to put a spin on the gloom.

“When it comes to scrum‚ Malcolm (Marx) takes the leadership and its’ been like that for the last three years.

“In the line-out the number five lock controls it. That will never change. Wazza’s (Whiteley) we will miss. He brings that calmness and he’s a captain that gives solutions.

“Elton (Jantjies) will be good running the show as he always does like a general. Malcolm and Kwagga (Smith) will make a massive step up in those leadership positions. The guys know exactly what they need to do‚” said Lemmer.

Flanker Smith who put in another honest shift at Newlands concurs. “Luckily we have a lot of leaders in the team. It isn’t just up to one guy to captain.

“Warren is a big loss for us. We just have to keep going. On other occasions when he’s been out Jaco Kriel took over. There are a lot of leaders. Now we need to grow stronger and play for Warren‚” said Smith.

It is‚ however‚ in the heat of battle when cool‚ calm heads have to prevail‚ especially in moments for which you don’t ordinarily prepare.

“Sometimes the situations can get ugly on the field‚” acknowledged Lemmer.

“There are enough senior guys in the team that can handle it perfectly. Each guy must just stay in his lane.”

As designated vice captain Jantjies took over the captaincy when Whiteley left the field at Newlands‚ and he looks likely to retain the gig this Saturday.

The team‚ however‚ could have done with more direction as the game slipped from their grasp in the second half last weekend.

Interestingly‚ a decision on the captaincy for this weekend’s clash is yet to be made said Lemmer.

“I’m not sure yet. The coach will make that call on Thursday.”

One reason for the Lions’ keeping their options open may be rooted in the fact that scrumhalf Ross Cronjé is about to return from injury.

Cronjé who has captained the side in the Currie Cup has recovered from the shoulder operation he underwent last year.

He may be considered a cooler head than Jantjies when things get a bit frayed which they are likely to against the Bulls.

Either way‚ Lemmer believes the Lions can roll with the punches regardless who is in charge.

“At this union we believe things happen for us‚ and not against us. It gives someone else the chance to grow so that when you get to a play-off that person has experience‚ which will add value.”