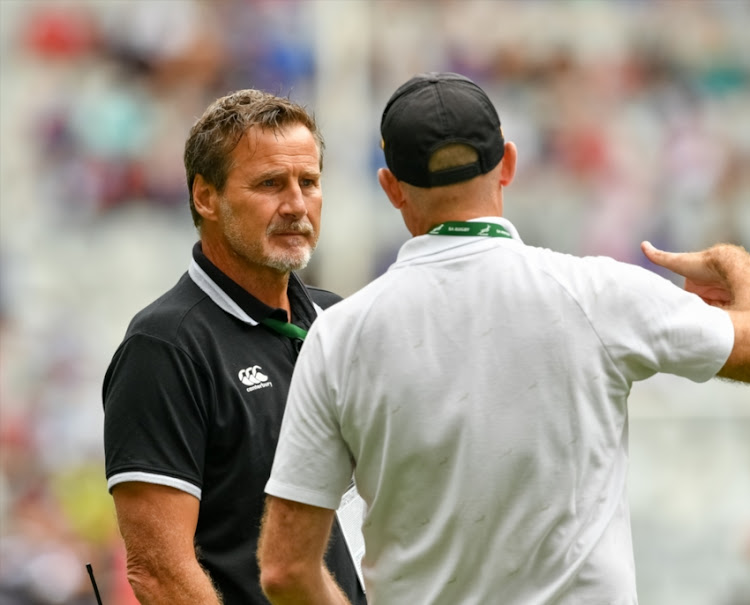 The Sunwolves aren't the proverbial Super Rugby wild canines but Sharks coach Robert du Preez seems willing to put his youngsters to the test against them.

His 25-man squad for Saturday's opener at the Singapore National Stadium has a fair mix of the young and seasoned.

However‚ the additions of loose-forward Phendulani Buthelezi and prop Khuthazani Mchunu are pointers of Du Preez having cast an eye to not only the future‚ but on the rigorous demands of a Super Rugby tournament in a World Cup year.

Exciting utility back Aphelele Fassi may have to start‚ predictably at fullback with Curwin Bosch having sustained a shoulder injury over the weekend.

Du Preez has been happy with the progress the youngsters at the Sharks have made this season.

However‚ he admitted to not having checked up on the pre-season progress made by the Japanese outfit.

“All the youngsters are excited and they bring a lot of energy.

"They put a lot of pressure on the guys who have been around but that competition is very healthy and I like that.

I'm sure that everyone of those players will make the step up when they get the opportunity‚” Du Preez said.

“We don't know too much about them‚ apart from the players we know because we haven't seen any of their pre-season games.

"It's going to be a tough battle‚ they're a good team with a good coach.”

An opening win was something that eluded the Sharks last season.

In fact‚ the Sharks had to wait for the third game of the season to record their first victory and incidentally‚ it was against the Sunwolves at home.

Last season's 50-22 win was a scrappy one but the Sharks were happy to collect the bonus-point win after failing to fire against the Lions (loss) and the Waratahs (draw).

Du Preez said the conditions in Singapore won't be conducive to flowing rugby but what they need the most is the win.

“The conditions are going to be humid like they are here in Durban so it's always difficult to play rugby there. We're just going to have to do the basics really well.

"The set-pieces have to function well and the breakdown work is important. We also really need to be physical‚” Du Preez said.

“For us‚ it's about going there to win and to also bring the points back.”