Why Sharks outside centre Lukhanyo Am says he's impressed with himself 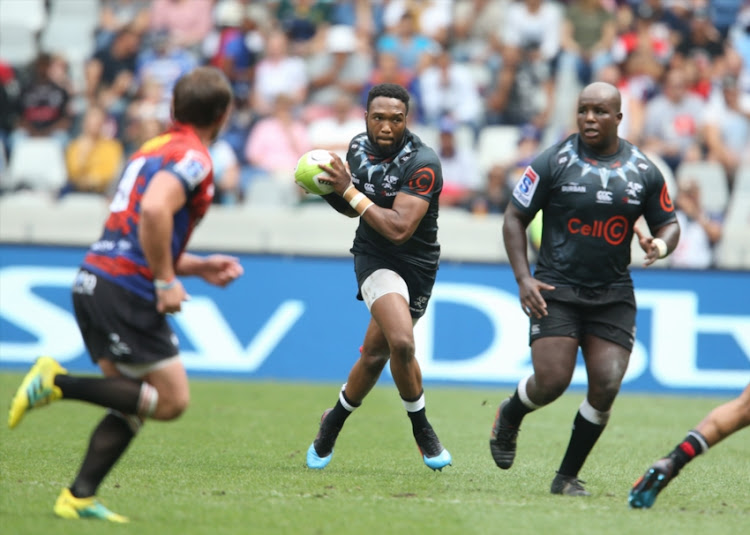 Lukhanyo Am of the Sharks during the Super Rugby, #SuperHeroSunday match between Emirates Lions and Cell C Sharks at Cape Town Stadium on February 03, 2019 in Cape Town, South Africa.
Image: Carl Fourie/Gallo Images

Springbok and Sharks outside centre Lukhanyo Am's wrist injury forced him to miss the bulk of South Africa's season but he feels he's back with a bang.

He took part in Sunday's Super Hero Sunday pre-season matches in Cape Town and the Sharks have a final pre-season game against the Bulls in Ballito on Saturday.

They travel to Singapore to face the Sunwolves in their Super Rugby opener on February 16.

The Sharks will need the highly intelligent‚ skilled and resourceful Am to be at his best this season and the tough pre-season games have allowed him to gain match-fitness without the stress of results.

“I've been impressed with myself because I've been out for about four months but in building up to the warm-up games‚ my confidence has been up and with the work that I've put in during pre-season‚ I'm in good shape‚” Am said.

“In these pre-season games‚ we've been trying to implement what we've been doing at training and we actually take more risks because there's not a lot of consequence of losing or winning the game.

"It's really good to have tough competition before the tournament proper because the standard of Super Rugby is very high.

"From these games‚ we'll measure where we're at now and what we need to do going into the tournament.”

The Sharks acquired David Williams as a skills and attack coach during the off-season to help sharpen their off-loading game.

Am is a key cog in the Sharks backline in terms of this aspect of their game.

His ability to drift into unseen gaps and get the ball going when it's least expected made the Sharks a dangerous side when their machine was flowing.

Am said Williams has helped to iron out the creases in their attacking game.

“We've worked on a few different things but because we'll be facing a number of teams during the season and different defensive systems‚ he's been pushing us to adjust on a week to week basis.

"He's been really working on our shape and the way we want to play in this tournament‚” Am said.

“Without tries‚ you can't win games and that's what we're working on at the moment.”

The Sharks have the momentum from last year's Currie Cup final win against Western Province‚ even though it often counts for nothing in the white-hot world of Super Rugby.

Am was cautiously optimistic in regards with their chances in this year's tournament.

“We've got quite a big and talented squad because in the competition‚ we all feed off each other.

"It's healthy competition and we're helping each other.

"We're also trying to take confidence from the Currie Cup success and build it into the Super Rugby tournament‚” Am said.