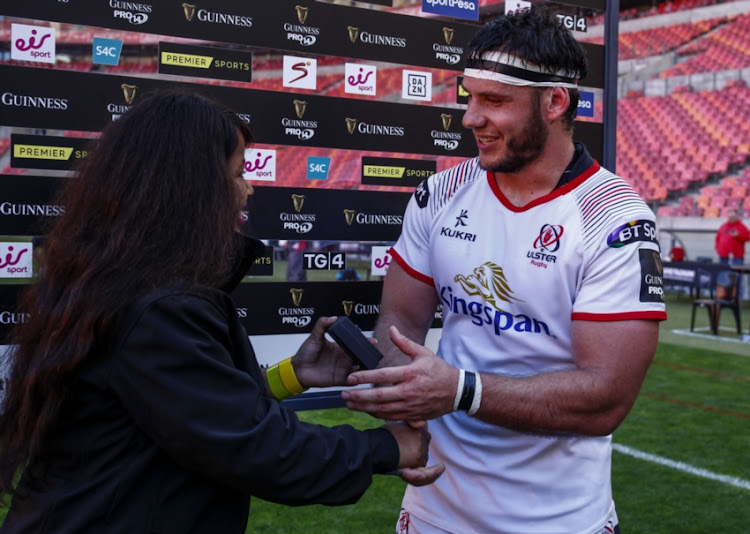 Springbok flank Marcell Coetzee has extended his stay at Irish club Ulster by three years‚ which lessens his chances of making this year’s World Cup squad.

Coetzee‚ 27‚ has been in sparkling form in Europe this season and could still force his way into Rassie Erasmus’ squad for Japan 2019 if his superb performances continue.

Erasmus mentioned Coetzee as a possible candidate for selection late last year and he remains on the national’s team’s radar.

Coetzee has topped Ulster’s charts for the highest number of carries‚ tackles and turnovers won across the Champions Cup and PRO14‚ while he has also been a key leader in a pack re-energised under Head Coach Dan McFarland.

Coetzee‚ who has earned 28 caps for South Africa‚ says that he’s delighted to be committing his future to Ulster:

“First of all‚ I want to thank the players‚ staff and supporters of Ulster Rugby for standing by my side over the past three seasons.

"It was a really tough mental and physical battle for me with the injuries‚ but I’m grateful for the support I had during that time and I’m determined to repay the faith shown in me.

“I can’t wait to see what the next three years holds for me and my wife personally‚ and for the club. We have a young‚ hungry squad that is clearly moving in the right direction under our coaching team.

"We have a lot of hard work to do‚ but I know that the entire organisation is focused on delivering success.”

Commenting on the deal‚ McFarland said:

“Marcell has been phenomenal for us this season and it’s a massive boost for us that he has chosen to remain at the club‚ even with significant interest from other clubs.

“He’s been through some difficult times since he arrived here and I’m delighted that he’s got a good run of games and performed at the level we know he’s capable of.

"At 27 years of age‚ we believe we are yet to witness some of his best rugby.

“Marcell provides real presence both on and off the field‚ and is an example of what determination and persistence can achieve.

"His influence and knowledge as an experienced international player has been great for our young players and he will continue to play a key role in helping to develop our indigenous forwards.”