Sharks out to throw bridesmaids tag in Super Rugby 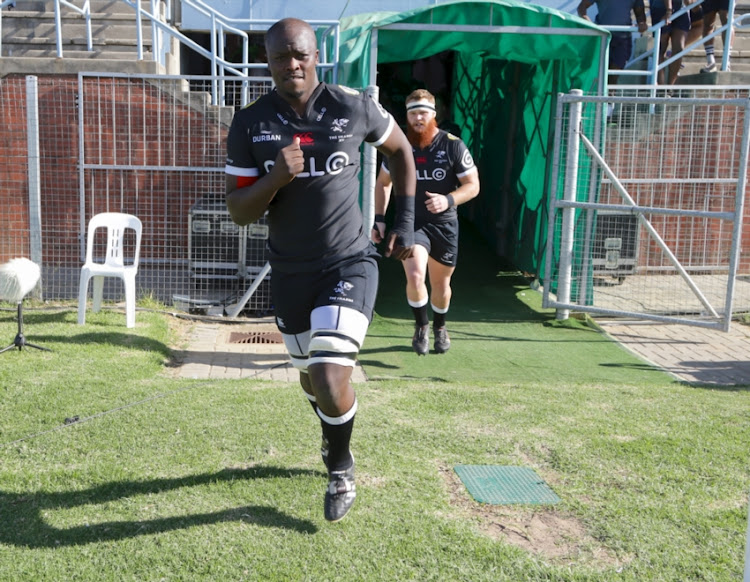 Sharks loose-forward Lubabalo “Tera” Mtembu may be on the sidelines because of a knee impediment but he fully understands how the franchise has to get rid of their Super Rugby “Bridesmaids” tag.

They may not have done the failed final “three-peat” the Lions have been subjected to in the past three years but the Sharks are a settled bunch who played some decent cup-final winning rugby‚ albeit in the Currie Cup.

Sharks coach Robert du Preez had said the Sharks have to make it count this year and Mtembu agreed.

They’re not the only South African Super Rugby side with a dismal playoff game record but theirs stands out because of the talent that’s often been abundant at the Durban franchise.

“We’ve been together for about three years now and in the last two years‚ we’ve had the same squad. There have been one or two additions in the coaching staff‚ we’ve got the youth and the experience and the overall squad‚” Mtembu said.

“Anyone can come into the squad and play at the same intensity as everyone else. We’ve got a nice squad and if we can manage that very well and with everyone in top form‚ I can’t see why shouldn’t do as well as we’re supposed to do.”

Winning the Currie Cup isn’t as big a deal as it used to be 10 to 15 years ago and the momentum generated from that success is normally negligent.

In the years that followed a Currie Cup success‚ only the Bulls (shared in 2006 and outright win in 2009) converted their success into something more tangible from a cross-continental perspective.

Mtembu said they need to find the consistency that eluded them last season and positive mindset to make their dream work. They seem to have the latter and if they’re judged on how they turned their Currie Cup campaign around to win at Newlands in the final after being hammered in a league game at the same ground‚ they have resilience in spades.

Super Rugby‚ though‚ has proved time and again that it’s a completely different kettle of fish.

“The hardest thing in rugby is winning consistently‚ especially in Super Rugby. The easiest thing is to lose a game and get yourself up for the next one‚” Mtembu said.

“We’ll take a lot of confidence from the Currie Cup because we were thumped by Western Province in Cape Town and from there we had a team meeting where the guys decided they won’t be embarrassed in that manner again.

“That led to us doing well in the Currie Cup and the guys are happy and confident. We’re going to have a full go at the tournament and whatever comes after that will take care of itself.”