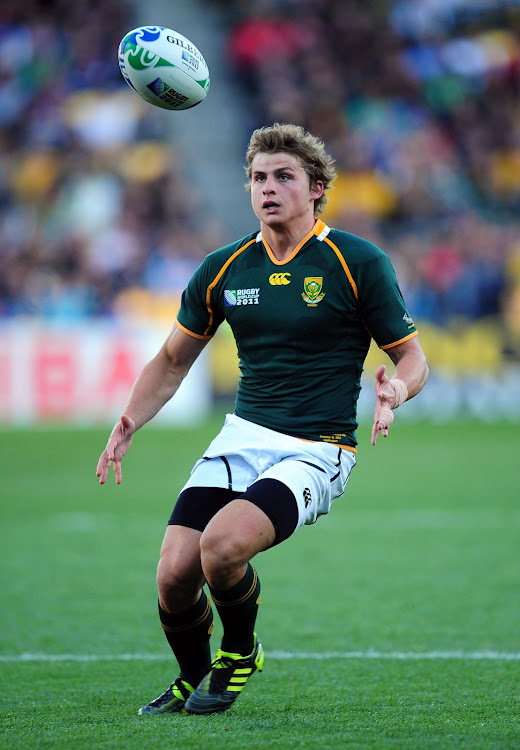 At the young age of 28 former Springbok flyhalf Pat Lambie has retired from rugby to protect his health.

Lambie made the announcement in Paris on Saturday following nearly three years of battling the effects of a series of concussions.

Racing 92 owner and president Jacky Lorenzetti confirmed the news on Saturday and praised Lambie as a player and as a person.

“We understand his decision‚ made by mutual agreement‚ but we regret that such a genius of the game has been forced to retire. Sportingly‚ his decision is a blow for Racing. Humanly‚ it's sad news for me and for the whole club.

“Patrick is a huge champion‚ a lovely boy‚ as elegant on the field as outside. In a word‚ an angel! At the club‚ we all had a sincere and friendly relationship with him‚ and were astonished by his desire to integrate.

"His French teacher could testify‚ as well as his coaches‚ about his involvement and his seriousness on a daily basis.

“But willpower is unfortunately not everything. Patrick suffered several injuries. Racing‚ and in particular its medical service‚ have done everything to ensure that he was in the best condition so that he could express his immense qualities.

“At flyhalf‚ in the centre‚ and at fullback‚ he has repeatedly proved that he was one of those rare players who know how to spark a team. It's no coincidence that he played for the Springboks 56 times.

“On a personal level‚ I was proud and delighted to see him train every day and regularly discuss his life in France‚ his South African culture and his ambitions in the game and in life. Yes‚ Pat was a beautiful recruit‚ a smiling boy that everyone‚ me first‚ quickly adopted.

“When his physical troubles caught up with him‚ we organised meetings with several specialists. Everyone at the club helped him so he did not get discouraged and took the time he needed to come back stronger.

"He made a full recovery from a knee injury‚ suffered in the finals of the European Cup‚ but other concerns resurfaced that he could not surpass.

“Today we are sad and disappointed but we know that with his human qualities and strong support that he has around him‚ Patrick will bounce back to a new life. A father's life that will always be at home at Racing.”

Lambie explained his decision in more detail to www.sarugbymag.co.za.

“I am following the advice of two neurologists‚ one in South Africa and one in France‚ both of whom I have seen on a number of occasions‚” Lambie said.

“Considering the number of concussions I have suffered‚ and above that‚ the amount of time it takes to shake off the symptoms afterwards‚ it is better to avoid the risk of further head injuries.

“I have been dealing with symptoms from a head knock in April [in a match against Munster]. It has been almost nine months now. I am still experiencing symptoms.

“We have tried rest‚ medication‚ neck treatment‚ jaw treatment‚ eye rehabilitation‚ multivitamins‚ and now I am to avoid any strenuous exercise and sports that require contact. Therefore‚ I am retiring from the game completely.

“It is a really big decision and I have extremely mixed emotions about it. I am bitterly disappointed and sad because I still have some dreams on the rugby field‚ and I feel like some good playing days are ahead of me.

“But on the other hand‚ I feel relieved to know that I will not be at risk of further‚ more serious head injuries.

“It is the hand I have been dealt I guess‚ and the story I get to tell. Despite all the injuries‚ I can still look back on an almost 10-year career with many highlights and memories to hold close forever. I feel very lucky in that regard.”