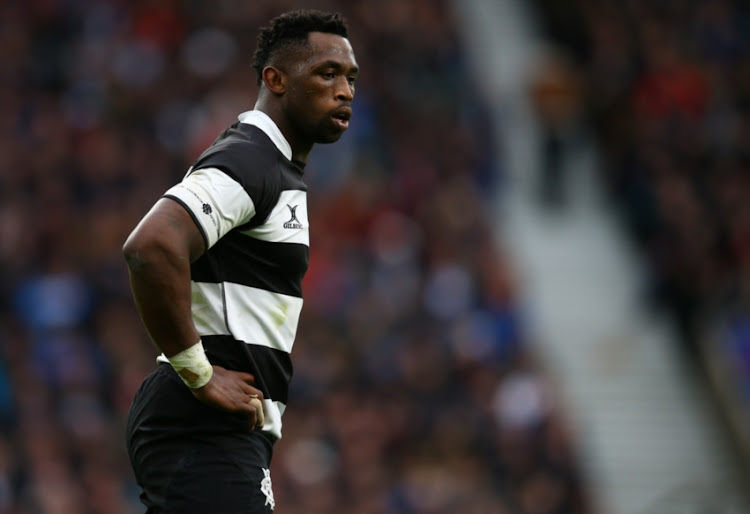 Siya Kolisi (Stormers & South Africa) of the Barbarians during the Killik Cup match between Barbarians and Argentina at Twickenham Stadium on December 01, 2018 in London, England.
Image: Steve Haag/Gallo Images

Speaking in deeply personal terms‚ given his own poverty-stricken upbringing before a rugby scholarship to Grey High in Port Elizabeth provided opportunities he otherwise wouldn’t have had‚ Kolisi said that players needed to be properly prepared for Test rugby.

But Kolisi’s comments‚ which also suggested that late president Nelson Mandela would not have supported quotas (SA Rugby has transformation targets and not quotas‚ which is a subtle but important distinction) caused some rumbling on social media.

Kolisi‚ 27‚ made the comments to Kyodo News on a recent visit to Japan as an ambassador for a large Japanese electronics company.

"I don’t think he (Mandela) would have supported that (quotas)‚ but I don't know him‚" Kolisi said when asked about Madiba’s role as a peacemaker and nation builder in South Africa.

“If you’re going to talk about transformation‚ you’ve got to start there (in the townships).”

Kolisi‚ who in 2018 became the first black man to captain the Springboks at Test level‚ said he wouldn’t have made it to the top had he not gone to an ‘English’ school.

“Imagine I didn’t go to an English school‚” Kolisi said.

“When I went to the English school (Grey High in Port Elizabeth)‚ I had to compete against boys who had been eating six meals a day‚ each and every single day of their lives.

"So if you force someone into the Springbok team‚ and maybe if they’re not good enough and they have one bad game‚ you probably will never see them again.

“We need to be prepared. At Currie Cup level you could try players out and push them in and see how they do‚ but you can’t just…”

“Look the guys that are playing now…I think the talent is there‚ 100 per cent.

“I wouldn’t want to be picked (for a team) because of my skin colour because that surely wouldn’t be good for the team‚ and the guys around you would also know.

“It’s tough for us as players because when you put a certain amount or number on it (transformation)‚ are you actually there because you’re good enough or… Even if you are good enough you (a black player) can doubt yourself.”

Bok coach Rassie Erasmus admitted he had failed to reach his transformation targets in 2018‚ but also told SuperSport that he would not pick a black player just to meet a target.