Can the Springboks win the 2019 World Cup? With a little luck 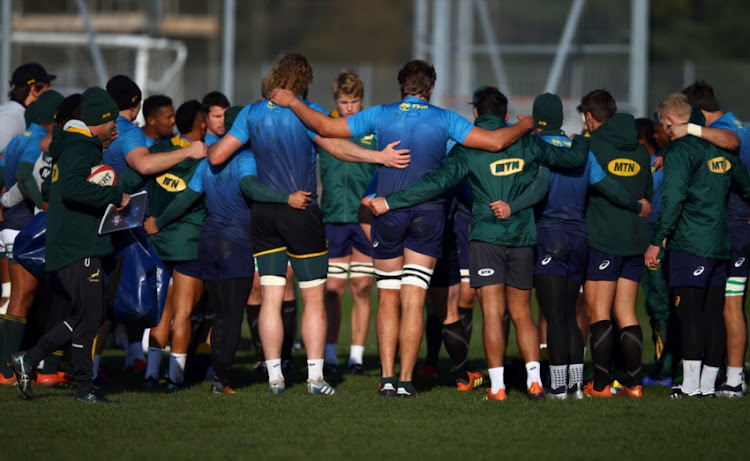 The question many South Africans will be asking after a year in which the Springboks took one step forward and one back‚ is if their team can win next year’s Rugby World Cup (RWC).

The Boks may have been wildly inconsistent with seven wins from their 14 Tests this year‚ but they occasionally showed that they are capable of scaling heights that seem beyond their reach.

With so many mediocre results in the season their undoubted highlight was their win over the All Blacks in Wellington. It shouldn’t just imbue them with self-belief ahead of next year’s RWC but it stands as a beacon of hope for the other teams with a realistic chance of lifting the Webb Ellis Cup next year.

That win would also have served the dual purpose of creating doubt in the All Black ranks.

They had been near invincible at home. They lost in Wellington to the British and Irish Lions in 2017 and drew the deciding Test at Eden Park a week later. Their only other home defeats in the last decade came against France at Carisbrook in 2009 and the Springboks in Hamilton in the same year.

Apart from that win the Boks can draw inspiration from their most recent engagements against the All Blacks. On aggregate only one point separates the two teams in their last three meetings.

This year the Boks won by two points in Wellington‚ lost by the same margin at Loftus Versfeld‚ while last year’s clash at Newlands was tension filled one-point win for the All Blacks. In their most recent meeting against the All Blacks at the RWC the men in black won 20-18 in the semi-final in London in 2015.

The Boks continue to have the muscle to combat the All Blacks at close quarters but they still have a skill shortfall to consistently test the Kiwis in the less populated areas of the field.

Still‚ with enough composure in the cauldron of a RWC knockout match they can upset the All Blacks but the odds remain against them. The two teams will get the opportunity to suss each other out when they meet in the pool stages in Yokohama on September 21. It may provide a portent of what’s to come later in the tournament.

As for the other leading contenders‚ the Boks at the very least have an equal shot.

Ireland have of late held more than their own against the Boks. In their most recent outing in November of last year‚ Ireland thoroughly dominated the Boks under Allister Coetzee. It is hard to think the Boks can be poorer than they were on that miserable evening in Dublin.

Wales too seemed to have grown an arm and a leg in their recent encounters with the Springboks. Since losing in the quarterfinals of the last RWC against the Boks‚ Wales have beaten South Africa in four consecutive matches.

The only other team to boast two wins over the Boks under Rassie Erasmus is England. They probably fall into the same category as the Boks‚ as will the Wallabies who have a decent record against the Green and Gold.

The Wallabies‚ however‚ seem a little further off the pace than the Boks or indeed England. France and Argentina are undoubtedly capable of springing a one-off surprise but winning three knockout matches en route to the title seems well beyond them.

The Boks cannot be ruled out as potential RWC champions but they will have to find the kind of consistency we have not seen for years. They will also‚ you sense‚ require an inordinate amount of good fortune.