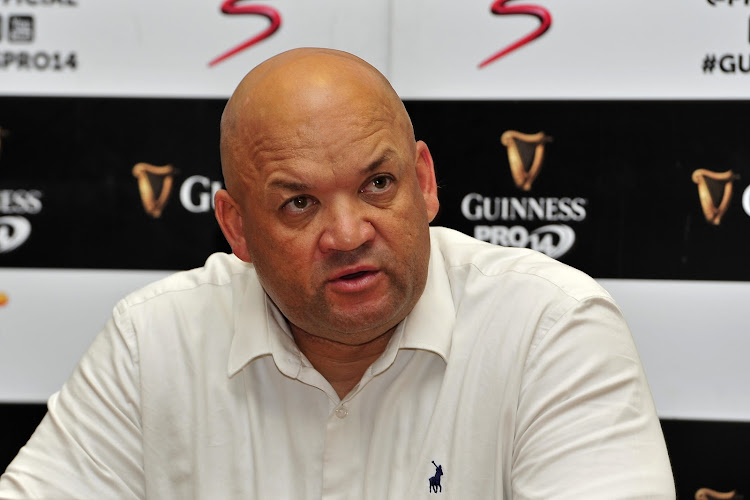 The Southern Kings' head coach Deon Davids is on the shortlist of people interviewed for the vacant coaching job at the Bulls.
Image: Deryck Foster/BackpagePix

Of the three‚ the 41-year-old Matfield is the only man without formal senior head coaching credentials‚ but he has worked as a forward’s and lineout coach with the Lions and Bulls‚ and also consulted to the Springboks.

The 50-year-old Davids’ addition to the list will certainly add the Kings’ destabilisation as they battle in PRO14 while Human made no secret he wanted the job.

Human‚ 59‚ is a veteran of the union‚ worked as Mitchell’s assistant during the 2018 Super Rugby season.

After the Bulls were eliminated from the Currie Cup semi-finals last month‚ Human said he was available for the Bulls job and would continue with the blueprint Mitchell developed in his one season at Loftus.

“It would be a real honour to coach the Bulls’ Super Rugby side‚’” Human said.

“But that is not for me to decide.

“It is a great bunch of players and we love each other. They played for me and I worked for them.

"I treated them like my own kids so it would be an awesome experience and privilege to coach the Super Rugby side.

“If I am given the opportunity I will definitely carry on with what Mitchell started.

“John really laid a good platform‚ but if a new coach comes in‚ he will probably want to stamp his own ideas on the team. At this stage there is a lot of uncertainty around the Super Rugby job.”

The names were made public following the 94th annual board meeting of Blue Bulls Company.

The announcement followed weeks of consultation led by a recommendation panel that acted in an advisory role to the board.

The board was ultimately responsible for narrowing down the short list after a thorough and well-researched process‚ and will also be responsible for the final appointment.