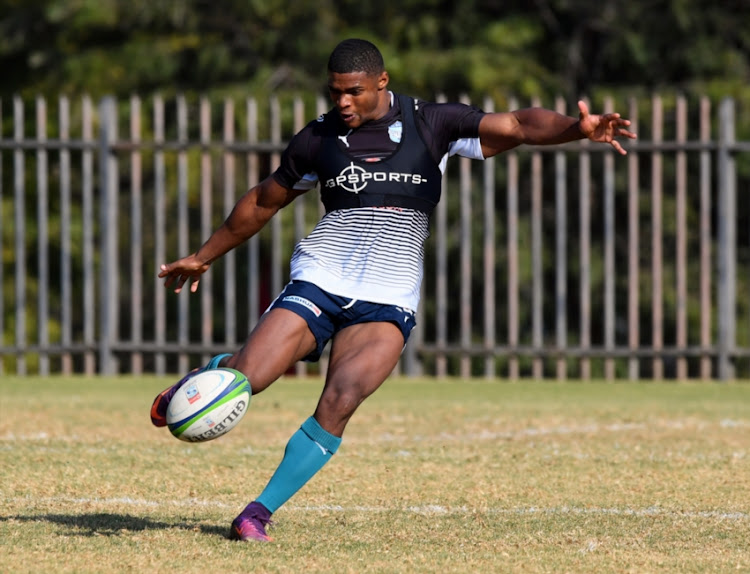 Star Bulls utility back Warrick Gelant has spent so much time on the physio's bench‚ an off-season is a rarity for him.

A shoulder injury may have ruled him out of the ongoing Year-End tour of France and the United Kingdom but it's allowed him to get in shape ahead of what will be a crucial Super Rugby tournament from a World Cup selection perspective.

While the Bulls start their tournament on February 16 when they host the Stormers at Loftus Versfeld‚ Gelant hopes to be in the best physical and mental shape for what could be a career defining season.

The Bulls may be without a coach‚ but in Gelant‚ they have an attacking talent that won't only be bristling with confidence‚ but one that has a point to prove.

“I'm a very realistic guy and I understood the situation I was in and I knew my shoulder had to be repaired. I applied my mind to that situation and I knew that if this is how long I need to heal.

I'd be back at a time when I knew I'd be back but this is also my first pre-season in my short professional career‚” Gelant said.

“I've never started the season having come through the pre-season and this is the best condition I've ever been in. My mindset was to get my shoulder ready to go as quickly as possible so I could have a proper 2019 for the Bulls.”

Chances are if Gelant was fit‚ Willie le Roux's services wouldn't have been required on the tour.

Gelant though didn't mope because he missed the tour‚ saying Le Roux is a blessing for younger players in the squad.

After all‚ Le Roux and Gelant have been mastering the need of a fullback being the auxiliary flyhalf that's caused all sorts of problems when the Boks have got their tactics right.

“I was working with Willie le Roux during the incoming tour and he's been playing the game now for quite a while. The way he takes on leadership on the field but it's not so much about his skills but how special he is in the fact he can help the young guys around the field‚” Gelant said.

“It makes everyone around him feel calm and take control when he needs to. We can both play the role of the flyhalf and become a linker.”