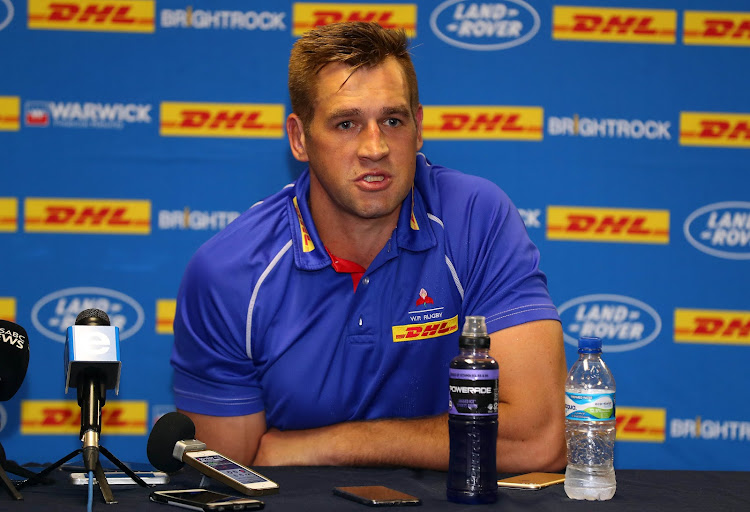 Van Zyl‚ who led WP to the 2017 Currie Cup title and was skipper when they lost the 2018 final 17-12 to the Sharks two weeks ago‚ has been secured as cover for England lock George Kruis and Maro Itoje.

The English duo are currently playing for Eddie Jones’ side‚ which beat the Springboks 12-11 at Twickenham last Saturday and they are not available until early December.

Following the completion of his studies‚ the South African needed to complete several articles in Johannesburg and juggled them with playing for the Golden Lions.

In 2015‚ he headed back home to link-up with the Stormers and has gone on to captain both the Super Rugby franchise and WP.

“This is a great chance for me to get some experience playing for a top club on a short-term contract over the next five weeks before coming back to Cape Town and going into pre-season‚” Van Zyl said.

“The Stormers and Saracens are the two teams I have always wanted to play for and I am looking forward to the unique opportunity of representing both in the near future.”

Ya gotta love that Eddie Jones‚ don’tcha mate? And even more after England stole a 12-11 over South Africa in a thunderingly physical match of butt ...
Sport
3 years ago

The Springboks’ northern hemisphere tour has already descended into a fiasco one game in to the four-match itinerary as the tourists contrived to ...
Sport
3 years ago

Owen Farrell’s 81st minute assault on André Esterhuizen at Twickenham on Saturday would have done any thug proud.
Sport
3 years ago
Next Article