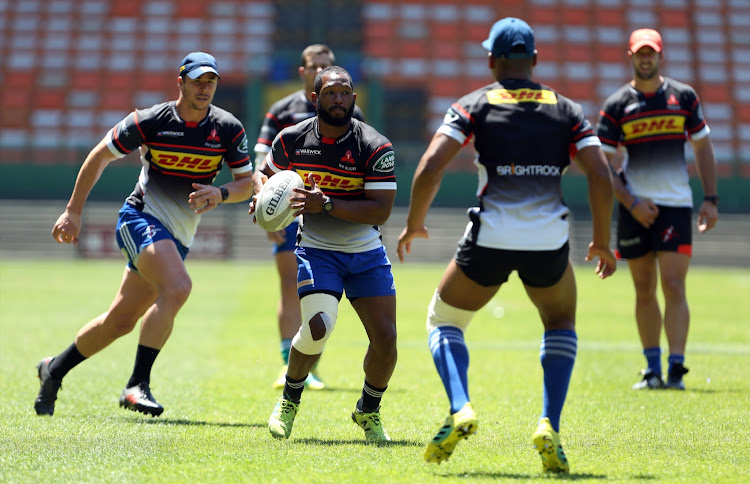 The big winners in the Springbok squad for their tour to the United Kingdom and Europe are Sergeal Petersen, Ruhan Nel and JD Schickerling, but spare a thought for Akker van der Merwe and the brothers' Du Preez.

Van der Merwe, the Sharks’ hooker lived up to his ‘angry warthog’ moniker in the Currie Cup final against Western Province on Saturday, but failed to crack the nod in the 36-man squad.

Although expected, Schalk Brits’s inclusion at hooker will raise some eyebrows especially given van der Merwe’s performance in the final. Van der Merwe made an impact throughout but Springbok coach Rassie Erasmus will point to the mentoring role he wants Brits to continue playing in the build-up to next year’s Rugby World Cup.

Also missing are the three Du Preez brothers who were also part of the Sharks’ Currie Cup winning side. Flank Jean-Luc has just recovered from injury, No 8 Daniel can feel a little aggrieved, while flyhalf Robert has three flyhalves ahead of him in the queue.

The Western Province trio consisting of wing Petersen, centre Nel and lock Schickerling are the uncapped players included in the squad that will be captained by Siya Kolisi.

Apart from the inclusion of the three uncapped players there were recalls for Gio Aplon (outside back) and Louis Schreuder (scrumhalf), who captained the Sharks in Saturday’s Currie Cup final.

Aplon last represented the Springboks when they played England in Port Elizabeth in 2012. After leaving South Africa he delivered some electrifying performances for Grenoble in the French Top 14, but he currently plies his trade with Toyota Verblitz in Japan.

His selection can be seen as a direct swop for the Toulouse based Cheslin Kolbe who represented the Springboks in the Rugby Championships.

Schreuder, who cracks the nod in the place of the off limits Faf de Klerk, and the uncapped Western Province trio were among 10 players who rushed from the Currie Cup final for a flight to the United Kingdom to join their Springbok teammates.

Also on the flight after the final were Wilco Louw, Bongi Mbonambi, Sikhumbuzo Notshe and Damian Willemse (Western Province) and the Sharks’ Sbu Nkosi and Thomas du Toit.

Schreuder was selected on the Springboks’ end of year tour in 2013 but he remains uncapped.

Trevor Nyakane (prop) and Lood de Jager (lock) are back in the Springbok fold after missing the entire international season to date due to injury, while Duane Vermeulen (loose forward) also returns after missing the Rugby Championship campaign.

All three experienced forwards, were part of a preliminary squad of 20 players who attended a week-long training camp in Stellenbosch.