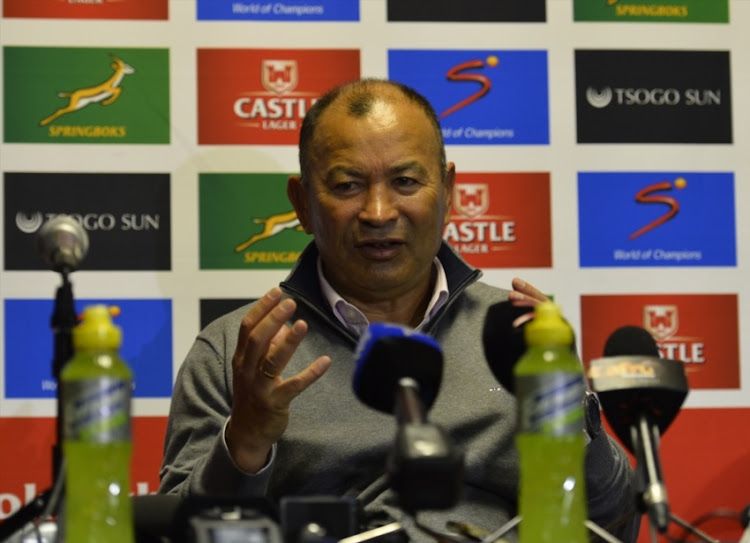 England will be missing six first-choice players when they take on the Springboks at Twickenham in two weeks’ time after coach Eddie Jones named his squad on Thursday.

Hughes must have left Jones furious after he received two extra weeks on his suspension for a sarcastic tweet that read ‘what a joke’ after receiving a four-week ban for punching Gloucester’s Lewis Ludlow in a club match.

That has ruled the bruising No 8 out of clashes against the Springboks and the All Backs.

Considering Vunipola was unavailable because of a broken arm‚ it was a piece of mindless behaviour by Hughes that Jones and England could have done without.

But even with the missing players England have put together a formidable squad that also includes former Stormers flank Michael Rhodes‚ who is set for his England debut after three seasons at Saracens.

There was no room for Rhodes’ erstwhile Stormers back row partner Don Armand‚ who has been excelling for Exeter over the past two seasons and made his England debut last year.

Mercurial flyhalf Danny Cipriani was also omitted from the 36-man squad‚ despite starting the third Test against the Springboks in Cape Town in June.

It was the only Test of the series England won. Cipriani gave a strong performance in soaking conditions that day.

Centre Owen Farrell and hooker Dylan Hartley have been named as co-captains and England will head to Portugal for a training camp next week before taking on the Boks at Twickenham on November 3.

Ben Morgan (Gloucester Rugby) is included for the first time since 2015.

The 29-year-old No 8 has played 31 Tests for his country with his final appearance coming against Australia during the last Rugby World Cup.

Charlie Ewels (Bath Rugby) is selected in the squad for the first time this season while Hill has been named as an apprentice.

“We can only control what we can control and injuries have happened. It gives an opportunity for some good new players to play some important Tests for England while players who have been in the squad before‚ will have to take on more responsibility.”

Jones added: “I have named Dylan and Owen as co-captains for the series. They have both been excellent captains for England in the past and will provide a powerful leadership base for us on and off the field.”

On the training camp in Portugal‚ Jones said: “We have taken a slightly different approach this year. With the World Cup in mind we are going to Portugal in the middle of next week until the Thursday of the Test week so will be back to train at Twickenham the day before we play South Africa.

“As well as giving the players a different experience it also gives them some rest after their club matches before joining up with England.

“We love Twickenham. The players feel the support and we can’t wait to get out there and play in front of 82‚000 against South Africa.”

England’s squad for the 2018 November Internationals

The cricket-minded folk of Bloemfontein and Kimberley weren’t happy when they discovered last month that their bid for a franchise in the Mzansi ...
Sport
3 years ago
Next Article