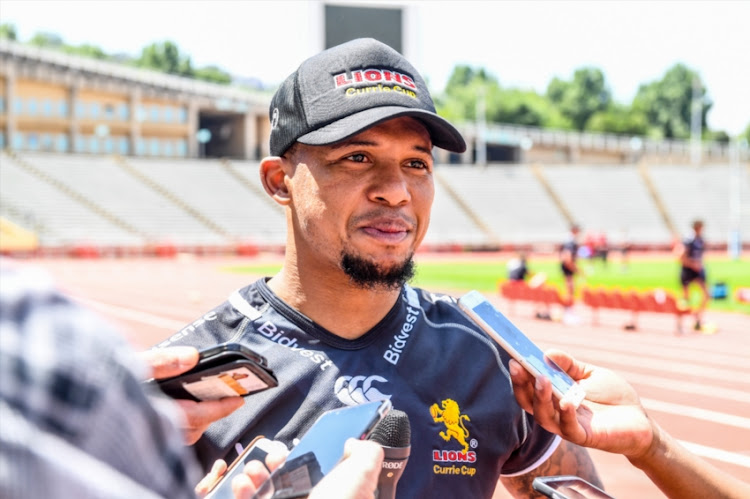 He has just made his return to the Currie Cup after a five-year absence and now Elton Jantjies is eyeing a first appearance in the final since 2011.

That year was in many ways his breakout season as the Golden Lions surged to the title under John Mitchell.

They beat the Sharks in the final on that occasion and they will have to overcome the same opposition in Durban this weekend if they wish to progress to the final.

“I’m not going to shy away from the fact that winning it in 2011 was special. Now we are in the same type of vibe‚” said Jantjies with a glint in his eye on Tuesday.

“It’s exciting to be playing in the Currie Cup. You normally take it as a formality but you shouldn’t.

"It’s put some extra energy into my life and my career and it is something I’ve always cherished. It really is something we should give more attention to.”

Although fellow Boks‚ Warren Whiteley‚ who is in need of a gallop after missing the last few Tests due to a groin injury‚ wing Aphiwe Dyantyi and lock Franco Mostert are all likely to join him in the Durban-bound team‚ Jantjies preferred to point to the process that will take them to victory.

"It’s always about when to run‚ when to pass‚ when to kick. Winning your set-pieces and getting good ruck ball.”

He knows the Lions have improving to do.

They spluttered in their previous clash in the wet in Durban.

“I’ve been watching them (the Lions) and the effort was always there‚" he said.

"We have a number of u21 players but we’ve got a few seniors back this week. They can feed off us‚ and us off them.”

With Ross Cronjé injured‚ Jantjies is likely to be partnered by Nic Groom who led the team in last weekend’s win over the Pumas.

“He is a cool head. He’s similar to Ross. They are calm guys. They put the team first.”

Last week when Groom took over the captaincy he spoke of the need to front up physically against the Pumas and although they succeeded‚ the Lions will have to take it a notch higher against the team that man handled them last time out.

“The intensity goes up. The physicality goes‚” noted Jantjies.

“The secret is to be patient and using your opportunities when they come around.”