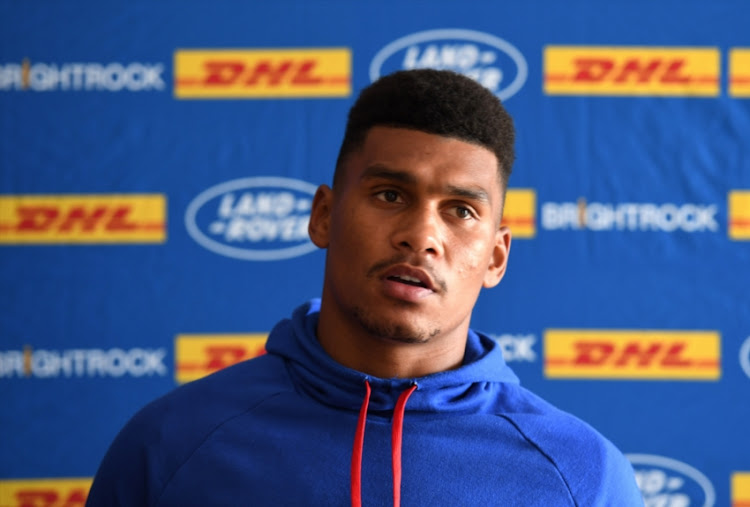 The prodigiously talented 20-year-old Springbok is known as a flyhalf‚ but he has already won a Currie Cup starting at fullback.

It’s a role he reprised for the Springboks from the bench in the recent Rugby Championships and one he is happy to fulfil again this weekend.

The number on Willemse’s back at Newlands this weekend will be dictated by the fitness of Dillyn Leyds.

If the latter recovers from a calf injury picked up just before last weekend’s final pool match at Loftus against the Bulls‚ then Willemse is likely to start at flyhalf.

If Leyds doesn’t come through‚ Willemse will start at fullback with Josh Stander likely to wear the No 10 jersey.

“It’s just important to me that I play at the moment‚” Willemse said. “I am comfortable at both fullback and flyhalf.

“I enjoy the responsibility of controlling the game from flyhalf. At fullback I enjoy the freedom you get and also the ability to scan the field and make some good decisions.

“Both are interesting and challenging‚ especially handling the high balls at fullback‚ which is something I’ve been working on.

“The plan is that I have to cover both positions for now. As a flyhalf I also feel that I need to be able to play 15 and maybe others so I can cover a few positions.

“Dobbo (coach John Dobson) gives me a lot of freedom to play my game. We have a general plan but I have licence from the coaches to make decisions within that broad plan.

“Hopefully this weekend I get some touches in the back and can spark some magic.”

WP led 34-7 at halftime against the Bulls at Loftus last week before the match was called off because of a lightning and torrential rain.

Despite the result‚ WP are expecting a massive backlash form the Bulls‚ while also trying to decide on their own best combinations.

With a raft of Springboks in the selection mix and the possibility of No 8 Juarno Augustus’ returning from a calf strain‚ Dobson and his staff have some selection posers. But they are all positive ‘problems’.

“We have some difficult selection choices‚ but it’s also a nice headache to have with the amount of quality players we have in the squad as well‚” defence coach Norman Laker said.

“If there is one positive to take from the Bulls game at Loftus it’s that we conceded one try in 40 minutes. If we could keep that standard up for 80 minutes this weekend‚ I would be a happy man.

“Semi-finals are never the same as a pool game because there is only one opportunity‚ so you have to take those chances.

“We aren’t going to change the way we play. Our style is who we are and what we stand for‚ but our defence has to be spot on‚ which is something we work on every week. We are not perfect yet.

“Our message should be consistent‚ so we will be simple and just try to improve on last week. We won’t be making a fuss that it’s a semi-final.”